Energy fundamentals – an essential element of the transition discussion 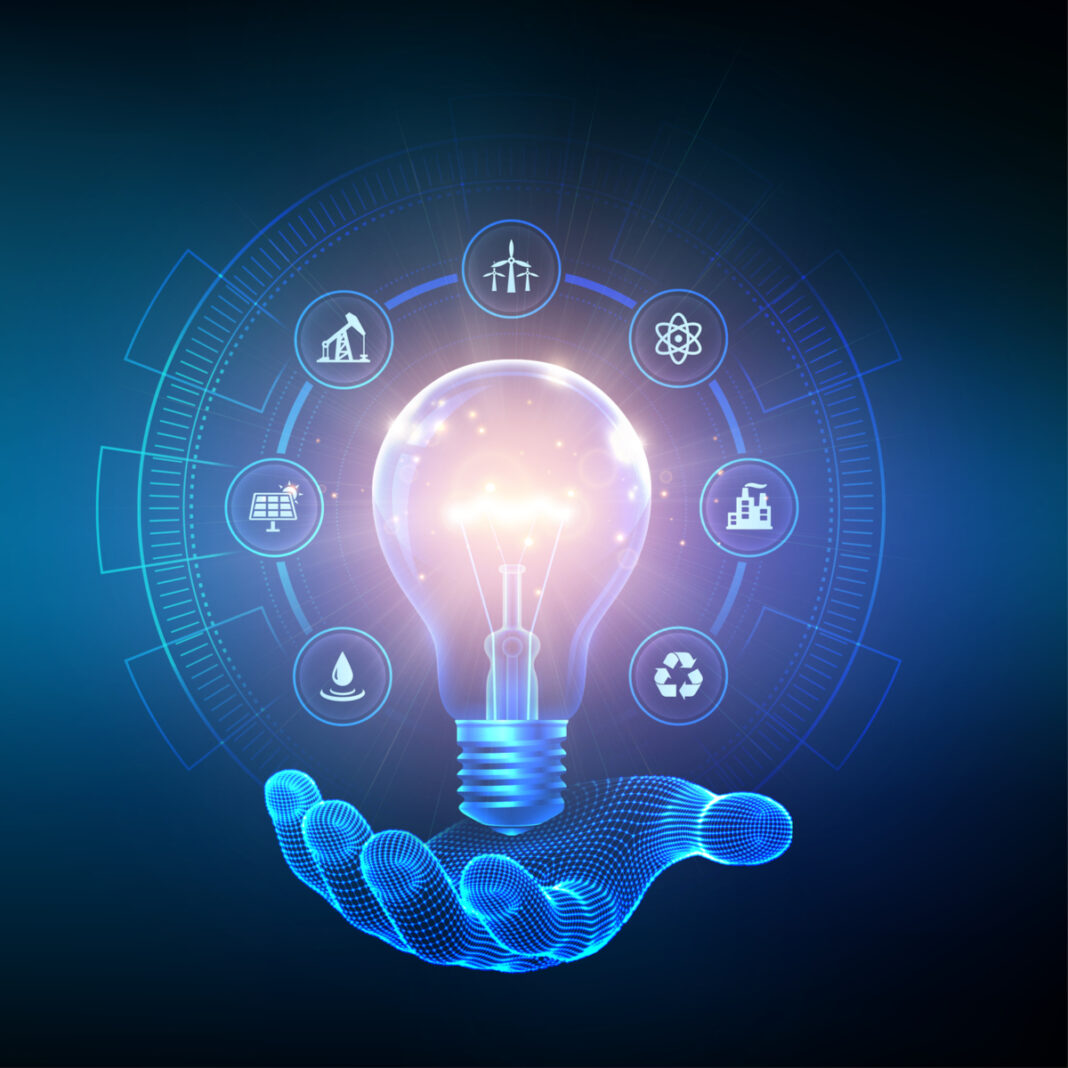 Amid the noisy debates around hydrocarbons and the transition to alternative forms of energy, basic physical facts are often overlooked. Fundamentally, there are the differences between hydrocarbon energy density and that of the alternatives. Perhaps equally important, other attributes including cost, transportability, storability, availability, volatility, and safety differ greatly between types of energy.

Spoiler alert – when most factors are considered, hydrocarbons are by far the most attractive all-round forms of energy. It’s not even close. If not for CO2 emissions and their role in climate change, there would be no debate.

There are four types of reactions that unlock stored energy. Ranked based on potential energy released, highest to lowest, these reaction types are nuclear, chemical (hydrocarbons), electrochemical (batteries), and electrical. Because these types of energy are quite different in form and function, it is hard to do an apples-to-apples comparison, but Tables 1 and 2 combined clearly present the dramatic differences between the energy densities of the common sources of energy.

Energy density is defined as the amount of energy contained within a system, unit volume, or unit mass. Usually, only the accessible energy is measured, as inaccessible energy is not of any relevance to real-world, practical discussions comparing forms of energy. Table 1 compares the energy density of nuclear power and various hydrocarbons. Uranium-235 is the fuel used in the most common fission reactors. What jumps out is that nuclear energy is packed around 100,000 times more densely than that stored in hydrocarbons.

Nuclear energy produced by fission comes from the heat given off by nucleus-splitting chain reactions, and represents the highest energy density currently available, several orders of magnitude greater than that delivered by the next highest form of energy reaction, chemical. But as we are well aware, nuclear energy comes with risks. The waste left behind is highly dangerous to life forms due to its radioactivity, and remains so for thousands of years. Catastrophic failures of nuclear power plants seem inevitable due to human error, with often horrifying outcomes. Nuclear power is the Icarus of the energy game, with humans flying dangerously close to the Sun.

Nuclear fusion, the engine that drives all stars including our Sun, must be mentioned. This is a process in which the nuclei of smaller atoms combine to form heavier elements, and in doing so give off excess heat energy, which drives further reactions. Researchers appear to be getting close to being able to harness fusion, the Holy Grail of the energy game. If successful, fusion would deliver an energy density approximately four times that of fission, with only harmless, stable by-products such as helium. Theoretically, only a collision between matter and anti-matter would produce energy more efficiently than fusion, as defined by Einstein’s famous equation, E=mc2.

Chemical reactions are described as the transformation of one group of substances into others, by way of changes to the arrangement of electrons and atomic bonds. Unlike nuclear reactions, the nuclei of the atoms involved in chemical reactions remain unchanged. There is a huge spectrum of chemical reactions, but when speaking of energy release, it is combustion, a form of oxidization, that is the specific reaction to which we refer. Typically, a hydrocarbon fuel and an oxidant (air) are combined. Once the activation energy threshold is overcome by applying a small amount of heat via a spark, a chain reaction begins in which the weak O2 bonds in the air break, freeing oxygen atoms to combine with atoms in the hydrocarbon to form new compounds such as water and CO2 gas. Excess energy is given off in the form of heat. The heat drives the chain reaction until the material is fully combusted, unless extinguished. The energy density of hydrocarbons pales next to nuclear energy density, but it still delivers impressive bang for the buck, especially when compared with electrochemical sources of energy.

The beauty of the hydrocarbons is that they are plentiful, cheap to produce, relatively stable chemically, and easy to store and transport. On the downside, they are not renewable (unless we are speaking in millions of years), and will become scarce. Because there are so many of us humans combusting huge volumes of hydrocarbons, it appears that atmospheric balances are being disturbed by the vast volumes of CO2 being released, damaging the health of our planet … and, therefore, damaging us.

In energy debates, electrochemical sources refer primarily to batteries. These are artificial human constructions designed to chemically capture the ephemeral energy of electricity, and make it available for use at a time and place of our choosing. There are various forms of energy available in the natural world – wind, solar, wave action, gravity (via hydroelectric dams), etc. – but these sources are not necessarily available when and where we want them, so batteries are used to capture that energy and store it. The energy density of batteries is miniscule compared to the high-energy densities delivered by nuclear and hydrocarbons, and woefully inadequate for running a modern, energy-dependent economy. And there is the matter of the energy and environmental costs associated with the production of batteries. Not to mention the environmental costs of hydro dams, wind farms, and so on.

Table 2 – Energy density comparison between hydrocarbons and renewables, from (Layton, 2008)

The sources of renewable energy are extremely low in density, and this is captured dramatically in Table 2. To replace all the energy currently coming from nuclear and hydrocarbons with renewables is basically impossible – most of the world’s major rivers have been dammed, and we would need to blanket the globe with solar panels and wind turbines. The hydrocarbons were formed by squashing the chemical bonds of millions of years of solar-driven plant growth into extremely compact bundles of energy that are easily stored and transported. It is simply laughable to think that humans’ dependence on that can be replaced by alternatives in a short time frame.

Last, to cover off the pure electrical release of energy – it is not really practical, and so tends to get lumped in with electrochemical. We humans like to store our energy and draw on it as needed. An interesting side note is that there are types of bacteria that exist on pure electrical energy; they require nothing else to survive than a flow of electrons given off by anything, such as rocks or sediment with metallic content. Fascinating, but it is not going to heat our homes or power our cars.

Nuclear power delivers wallops of energy but is a high risk/high reward proposition, although risks are being mitigated in many ways, including the development of small modular reactors (SMRs) that could be constructed underground. Hydrocarbons deliver high levels of energy, are cheap, and easily stored and transported. However, they come at an increasingly obvious environmental cost. Electrochemical storage mechanisms appear environmentally friendly, but their energy densities are extremely low. Renewable sources of the electricity being stored in batteries are not very efficient, and are subject to natural cycles such as day/night, wind/no wind, and summer/winter. Like batteries, they come with environmental costs not always obvious to the public.

A look at the fundamental properties of our current sources of energy leads to three simple conclusions. First, we need to invent batteries with much higher energy densities. Second, it is naïve to believe there is a way to quickly wean ourselves from hydrocarbon dependence. Their unique mix of energy density along with high scores in other attributes make hydrocarbons ideal for most of the energy applications utilized in human societies. Third, the extremely high energy density of nuclear power, combined with its relatively low environmental cost (other than radioactive waste), means nuclear is almost certainly going to be an important part of the energy mix for the foreseeable future. An addendum to this third conclusion is that it would really be an incredible breakthrough if science could make nuclear fusion power a reality.

The sensible way forward is to stop the divisive and simplistic debates, and to accept that for at least the next few decades, our society will continue to rely heavily on hydrocarbons. We know that the supply of hydrocarbons will run out, so let’s stop fretting about the short-term issues and focus on long-term solutions during the transition. Demagogues of all types need to be pushed aside, while pragmatists and scientists lead the way. We need to keep improving the safety and efficiency of the alternative technologies – nuclear, electrochemical (batteries), and the sources of naturally driven electricity – and increasingly use those alternative forms of energy wherever it makes most sense. Vilifying nuclear and hydrocarbons does not help us move toward our destination. We are going to need a mix of all forms of energy and good science to get there.

Layton, B.E. (2008). A Comparison of Energy Densities of Prevalent Energy Sources In Units of Joules per Cubic Meter. International Journal of Green Energy, 5, 438-455

Oliver Kuhn
Oliver Kuhn is a geophysicist, and President & CEO of Quantec Geoscience Ltd., a geophysical survey company that specializes in the acquisition, inversion, and interpretation of electromagnetic data, primarily for the mining and geothermal sectors. He enjoys writing from a scientific perspective, with a goal of making the science behind things understandable to non-experts.
Previous articleCryptocurrency execs to face U.S. congressional panel
Next articleResearch on mechanical manipulation of cells could advance artificial tissue engineering