Flat Earthers’ sphere mongering: to be or(b) not to be 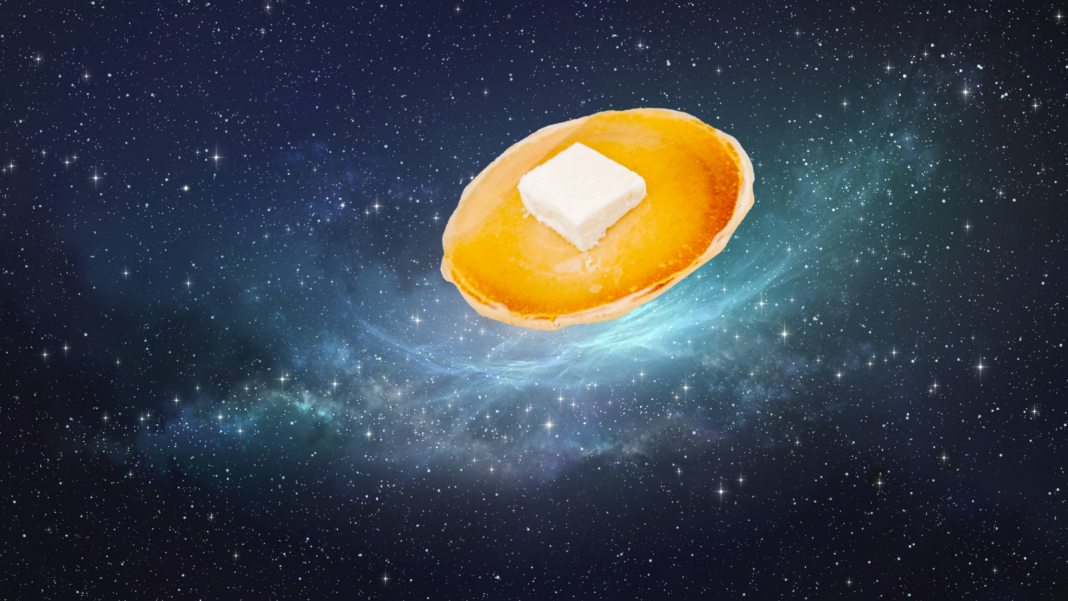 Engaged in spirited discussion through plexiglass with a stranger six feet away at the neighbourhood pub last night (weird that Harlequin Romance has not picked up this story yet, right?), she started to explain why she is certain that Earth is flat.

Now, I have too much faith in the body of scientific evidence to which I have been exposed to join her on Flatten Island, but I also am not in position to burst her bubb… er, make that puncture her pancake. Not only do I not consider myself superior to other humans, I cannot be certain that there is not a higher level of consciousness. I cannot be 100% confident that we are not just part of a higher being’s science experiment in which we are being observed as humans observe insects in an exhibit at the zoo. That elevated entity could be playing all sorts of tricks on us, including tilting our solar-system-sized aquarium every time we think that we see something disappearing from bottom to top on the horizon.

So, I will not be the one to pour precipitation on their planet-plane parade. Unfortunately, though, it is difficult to spend three minutes online without seeing someone ridiculing Flat Earthers. Why? These people have every right to their beliefs. A potential risk is sphere mongering, but it’s not happening. And I have yet to see a Flat Earther appointed chancellor, president or dean at MIT, Harvard or Oxford. Just look at the pros and cons – even if Flat Earthers become PROfessors, there should be CONfessors immediately thereafter. It’s a vicious circle.

As long as Flat Earthers invite a gentleman to help guide them across the world, they can even continue use of the term sircomenavigate. At the end of the day, we can engage in mockery orb-be more respectful of dissenting opinions. I believe that a lot of Flat Nation will come around. Just wait till they try to teach their kids how to play basketball with a puck.

However, until we see the end of a well-rounded education system, I say that chastising these folks is flat out wrong.

BIG Media
Our focus is on facts, accurate data, and logical interpretation. Our only agenda is the truth.
Previous articleJoining the club
Next articleAmericans shop with both barrels blazing