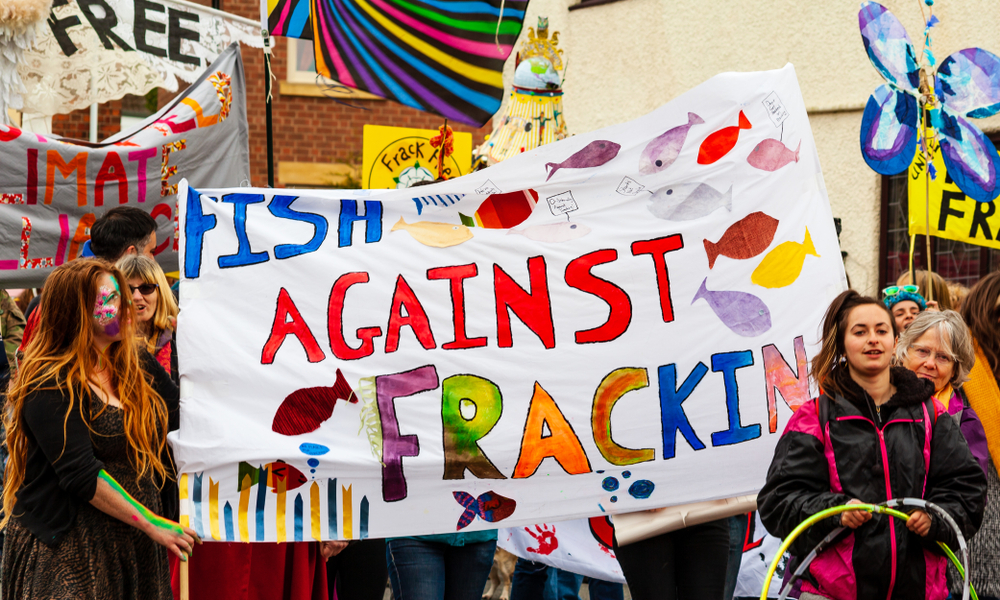 When I graduated from university and started my job at Shell Canada as an interpreter, I was trained on the basics of the petroleum system. To clarify, an “interpreter” in this context does not mean that I was hired to translate Greek to English. I do speak Seismic quite fluently, though, and my role as an interpreter was to translate sounds of a different type – the mysterious sound waves contained in seismic data – to predictions of geological layers and properties, unseen in the subsurface. The integrity of the “petroleum system” was the objective of this translation, as it was vital to the success of the exploration and production activities of oil companies.

The petroleum system consists of five key components: source, migration, reservoir, trap, and seal. In plain language, has oil been generated naturally somewhere and travelled on its own to collect in a pool where it has been contained until the present day without leaking? The process of answering these questions is an attempt at reducing the considerable risk inherent in selecting a precise location to drill a 10-centimetre (4-inch) diameter hole in the ground, kilometers deep, costing millions of dollars, and strike it rich. “Oil, that is, black gold, Texas tea,” in the eloquent words of Jed Clampett.[1]

There was, however, a potentially fatal flaw in the Beverly Hillbillies’ depiction of Jed’s discovery. In Jed’s case, oil was at the surface, which meant the seal had failed and all the oil had quite likely already leaked out of the pool. A minor detail for a comedy show, but if any one of those components of the petroleum system is compromised, our expensive well will fail. Imagine the suspense and excitement when a well you proposed is drilling and nearing the predicted objective. Will you move to Beverly Hills, or remain a poor mountaineer?

Despite the best intentions and considerable scientific work done in advance, most of these attempts (typically 19 in 20 exploration wells) did, alas, end in failure – a “dry hole”. There is a lot of uncertainty in these endeavours. I was fortunate enough to be involved in a few successful discovery wells, and there is no feeling quite like it.

The process just described relates to conventional exploration. Conventional refers to the situation in which Mother Nature does the heavy lifting. We simply search for the convergence of all the right conditions at the conclusion of her work. What if we could shortcut nature’s slow, methodical approach, while eliminating four of the five petroleum system components and drastically reducing the risks of the other one? Our chances of success would increase from 5% (1 in 20) to almost 100%.

This is not hypothetical; it is precisely the premise underlying “unconventional” production. It takes millions of years to form oil in compressed layers of ocean-bottom mud and silt, pressurized and heated to the conditions necessary to transform dead fish, shellfish, worms, and other sea creatures into hydrocarbon molecules. It takes millions more years for increasing pressure to squeeze those droplets out of the source rocks and start them on their journey to a secondary, trapped porous reservoir layer, where they collect into a commercially sized oil or gas pool. There are vast hydrocarbon source deposits all over the world already identified by geologists; instead of waiting for nature to move that oil from the source to the pool, and hope that it is contained there, why not drill directly into the source, removing the migration, reservoir, trap, and seal risks in the process? “Shale gas that is, tight oil, U.S. energy independence,” a modern Jed (or Jen) might say.

That sounds pretty straightforward, but there are two significant technologies that had to be invented and perfected to enable our exploitation of source rock: hydraulic fracturing (“fracking”), and horizontal drilling. These two technologies overcame previously insurmountable problems: that source rock (shale) has very low porosity and, effectively, no permeability. If a conventional vertical well was drilled into source rock, even though it encountered oil or gas, only a thimble-full would collect in the well, just from the face of the rock exposed to the well bore, not beyond.

Horizontal drilling increases the surface area of source rock exposed to the well bore, and fracking creates permeable pathways for oil or gas to flow from some distance away from the well bore, increasing the production possible from one well by several orders of magnitude.

It is difficult to overstate the impact of these combined technological breakthroughs. The ingenuity, research, experimentation, resourcefulness, investment, and risk are on the scale of a moon landing, embodying remarkable ambition and accomplishment. There is a reason the technology was developed in North America; the race to unlock the prize contained in these rich conditions created the kind of incentive and competition that excite free enterprise.

Figure 1 shows the effect of these breakthroughs in the U.S. production/consumption profiles from 1970 to 2021. Prior to 2020/21, energy independence was nearly in the bag. 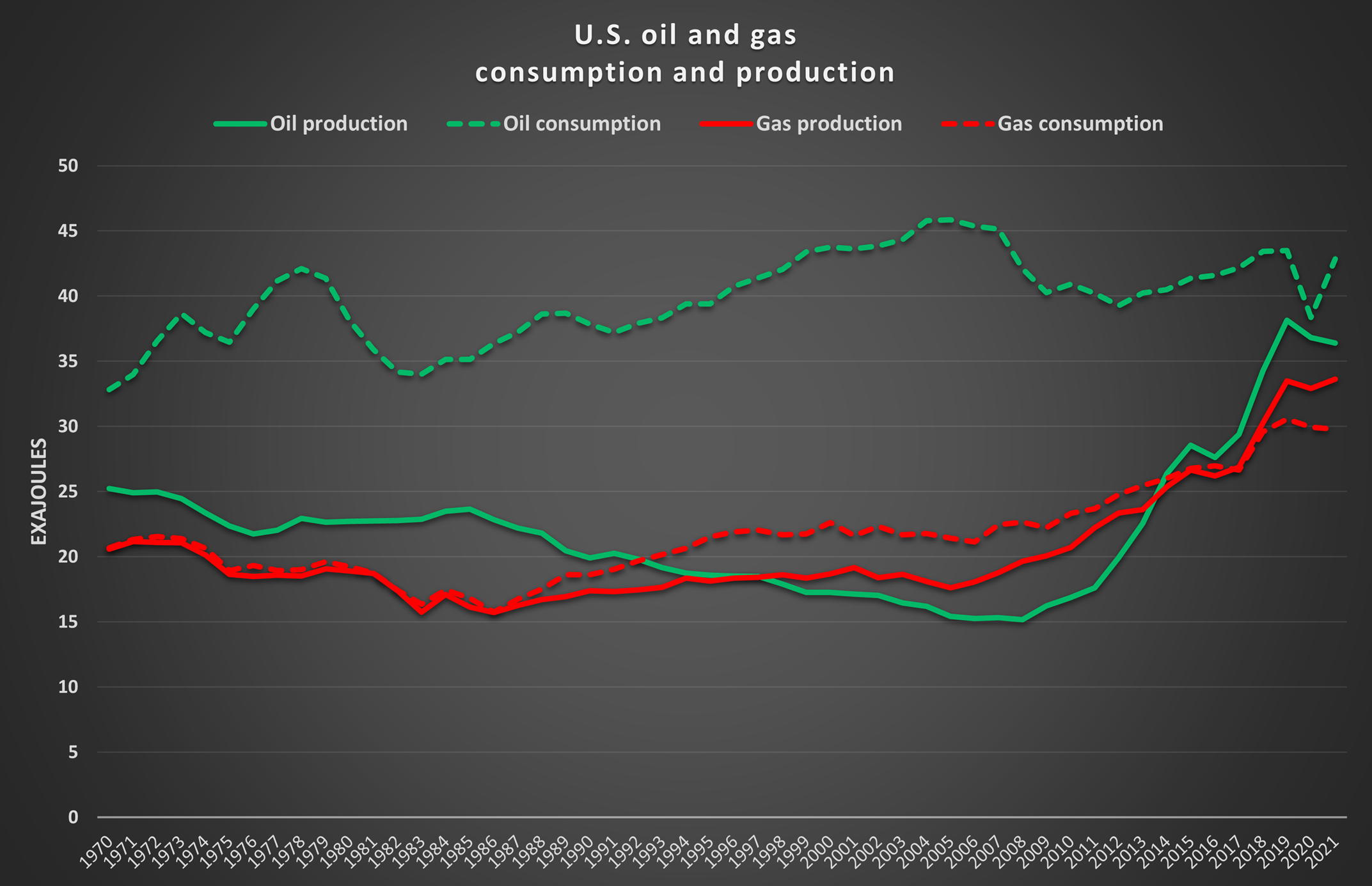 Figure 1: U.S. oil (green) and gas (red) production (solid) and consumption (dashed) from 1970 to 2021. The effect of fracking is shown in the sharp increase in production for both oil and gas around 2005. Data sources: BP Energy Statistics, Statistical Review of World Energy (accessed March 28, 2022) and U.S. Energy Information Administration (accessed April 9, 2022).

So, what exactly does fracking entail? In order to break solid rock, an impressive amount of force is required. The force in this case is provided by pressurized fracking fluid (each company has its own secret recipe). This requires a substantial amount of water and equipment on the drilling site (Figure 2). 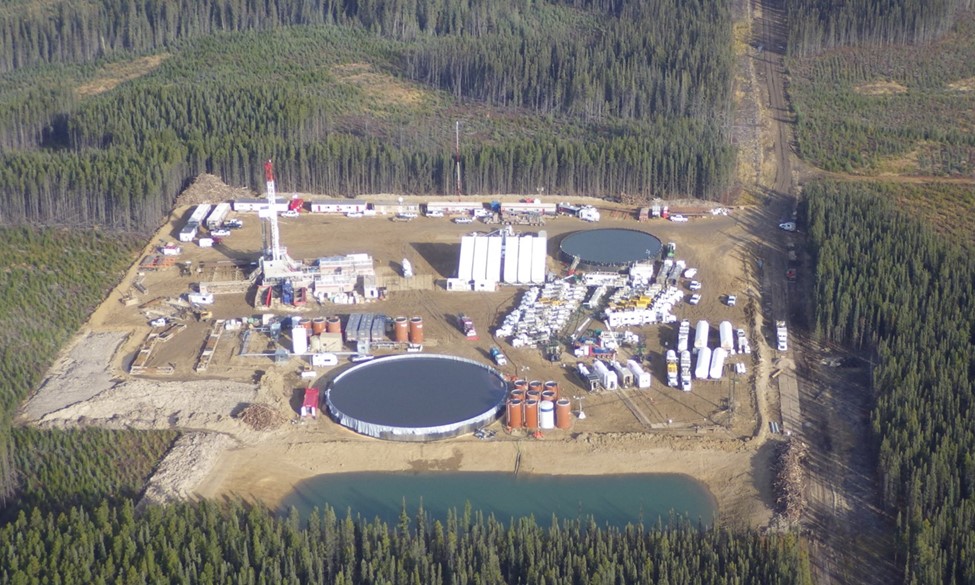 This equipment is there temporarily while the wells are completed. It is an orderly and efficient process, especially since multiple wells are drilled from the same surface location, directed in a horizontal pattern into the optimal layer (Figure 3). 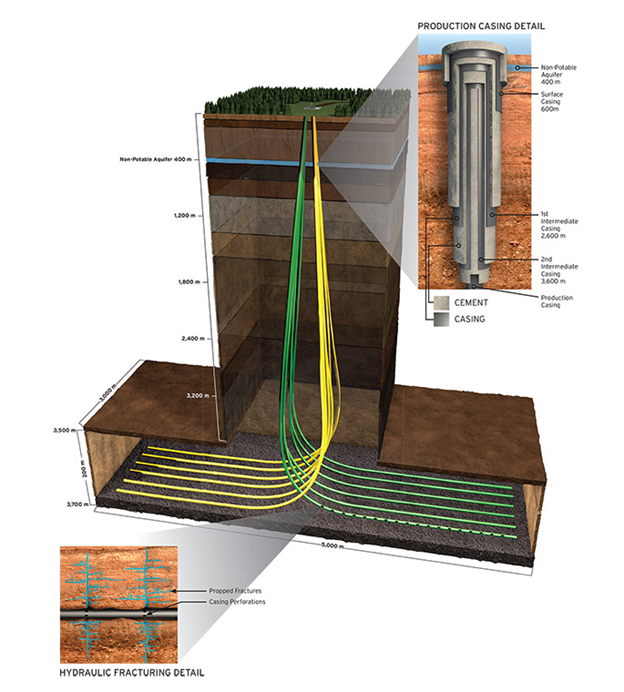 The success of the operation depends on the quality of the rock, the hydrocarbon type (oil or gas) in the rock, and efficient engineering.

Like a fine wine, there is a certain level of maturity, or ripeness to the source rock, the quality of which is determined through sampling and expert assessment. This maturity can only be achieved in a high-pressure and temperature environment, so by their very nature these source rocks are deep – typically 3,000 to 4,000 metres (10 times deeper than the water table). Depending on rock strength and fluid maturity, the completion program – the number of wells, their position, spacing, and length – is designed to access as much productive reservoir as efficiently as possible.

The frack program then kicks in. In a controlled and deliberate operation, engineers isolate a precise section of a horizontal well and pressure up only that zone, just enough to crack the rock. Then they will isolate the next section of the same horizontal well, and do the same again. There can be 100 or 200 of these “stages” in one well. These cracks open up pathways to get the juices flowing, but to keep them flowing, something needs to be pumped into the cracks to prevent them from closing under the pressure of 3 kilometres of rock above. This material is called, appropriately, proppant, and can be as simple as plain sand.

The benefits of fracking are obvious: increased domestic production, lower finding and development risk, and concentrated operations, minimizing land disturbance. There are some downsides, however. Opening a fracture by brute force can trigger a chain reaction in naturally stressed systems, causing an earthquake. This “induced seismicity” is monitored and regulated. Most of these induced earthquakes are too small to be felt at the surface – less than magnitude 2.0 on the Richter scale (microseismic). Tens of thousands of earthquakes this small occur naturally every day around the world. A small proportion of fracking-induced earthquakes are larger than 2, rarely getting over 4.0. For context, a 4.0 earthquake would feel like a large truck rumbling past your home.

Another downside – or maybe challenge is a better word – is the fact that production rates can decline quickly, so producing shale gas or tight oil fields require regular maintenance, which may mean infill drilling or re-fracking after a period of time. This and other factors make it difficult to start and stop production at will, in response to oil price volatility or political sentiment.

The risks and benefits of fracking are well known. As geopolitical events reinforce the enduring necessity of oil and gas, particularly the role of natural gas in the energy transition (see the BIG Media article Putting global emissions into perspective), in the context of responsibly managed and mitigated risks, the benefits cannot be ignored.

Laurie Weston
Laurie Weston is a co-founder and scientific strategist for BIG Media, with a Bachelor of Science degree with honours in Physics and Astronomy from the University of Victoria in Canada. Laurie has more than 35 years of experience as a geophysicist in the oil and gas industry. She is president of Sound QI Solutions Ltd., a data analysis software and services company she founded in 2007.
Previous articleNissan, NASA developing ‘game-changer’ EV battery
Next articleMagic mushroom compound found to increase brain connectivity in people with depression