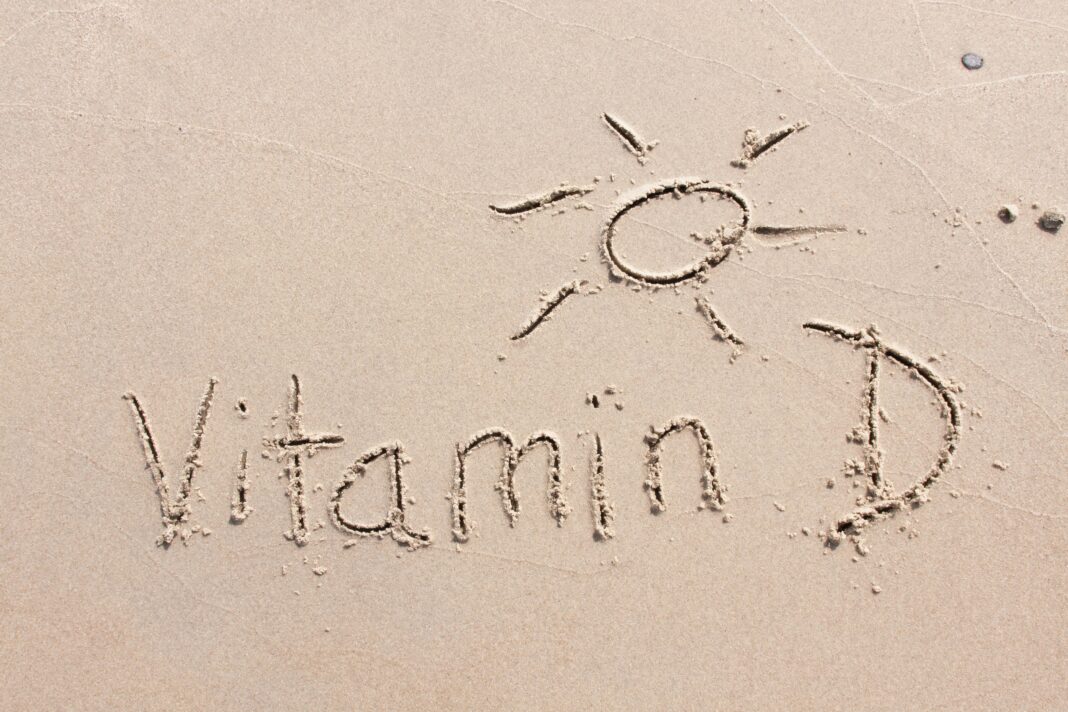 Come summertime, plenty of people (including yours truly) love to get outdoors and enjoy fresh air and sunshine after being cooped up indoors all winter. But the rush to soak up nature seems to always be accompanied by a flood of warnings to cover up, use sunscreen, and limit how much time we spend exposing ourselves to the Sun’s rays. After all, we don’t want to get skin cancer!

Skin cancer, it turns out, ranks quite low on the mortality list for cancers – number 20 in the U.K.[2] In the U.S., it appears to rank slightly higher, but still only accounts for about 1 in 50 cancer deaths.[3] For me, there seems to be quite a disconnect here: how is it that more people get diagnosed with skin cancer than all other cancers combined, and yet people are vastly more likely to die from almost any other form of cancer?

This does not mean we should trivialize skin cancer. Of course, we should do our best to avoid any cancer if we can. And the causal connection between sunlight (specifically UVB rays within sunlight) and skin cancer seems reasonably solid.

If avoiding cancer, in general, is our endgame, then we need to borrow a concept from Goldilocks and the Three Bears, and get our sun exposure “just right.”

Health risks of too little sunlight

In an age in which we expect numbers and detailed guidelines to help us navigate through life, we will naturally look for specifics about how much sunlight we should be enjoying. Unfortunately, it is hard to define precisely what the “right amount” of sunlight is, and the reason for this is simple; there are many interconnected variables at play. For example, one needs to consider the Sun’s distance over the horizon, the amount of cloud cover, and the pre-existing levels of melanin in the recipient’s skin. These and other factors will affect the impact of sunlight on a person’s health, so setting clear guidelines that work for everyone is impossible.

As such, there is no “right answer” to how much sunlight is the right amount for a person to enjoy. Given this level of uncertainty, many medical, governmental, and other institutions make recommendations that err on the side of caution – even extreme caution – to avoid the risk of skin cancer.

But if we err on the side of caution in our quest to avoid one health risk, does that expose us to other health risks? It seems to be the case that there is no solution to preventing disease, only trade-offs.

While it is difficult to directly measure the physiological impact of insufficient sunlight on a person’s health, a reasonable proxy for measuring it at a population level is to compare health outcomes of people living at higher latitudes to those living at lower latitudes. Previous research suggests that people living at higher latitudes have increased frequencies of contracting – or worse, dying from – diseases such as multiple sclerosis (MS), diabetes, cancers, and cardiovascular conditions.

For example, Figure 1 (below) displays a correlation between the severity of disability associated with MS to the latitude of where an affected person lives. People living between the equator and about 40° latitude experienced less-severe disability than those who lived north of 40° latitude.[5] 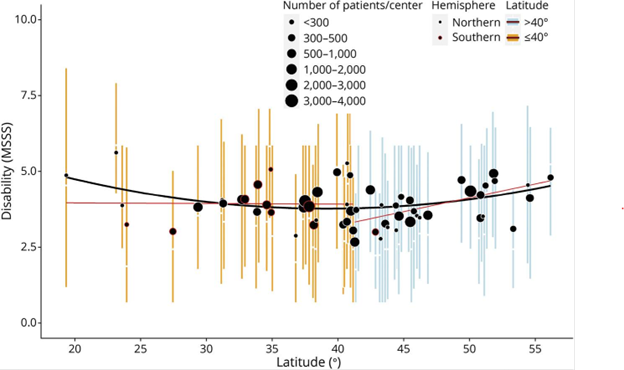 The dots represent the latitudes and number of patients at the care centres that were included in the study. The red lines show the trendline for the south-of-40° populations, and the trendline for the north-of-40° populations. The black quadratic line models the combined impact on the severity of the MS symptoms of latitude as well as other factors that were investigated in the study.

Another study found similar results with other autoimmune diseases even within the relatively localized geography of the U.K.[6]

Insufficient exposure to sunlight correlates with deficient levels of one of the key ingredients for overall health – Vitamin D. One meta-analysis[7] examined the risk factor of low Vitamin D versus high Vitamin D for cardiovascular diseases, cancers, and various other diseases. In all cases, the relative mortality risk was significantly higher for those with the lowest concentrations of Vitamin D in their system.

Moving from general to specific, one study examined the heightened risk of dementia and Alzheimer’s associated with lower Vitamin D levels in an elderly person’s system.[8] Subjects with Vitamin D deficiency were more than twice as likely to be diagnosed with either dementia or Alzheimer’s within the next eight years.

This is an emerging area of research that needs to accumulate more evidence before being considered scientific “proof”. However, as it stands, these types of studies indicate that:[9]

Given that skin cancer – though serious – is both avoidable and typically survivable, and given that exposure to reasonable amounts of sunlight appears to provide substantial health benefits, could it be that we have taken an imbalanced approach to our relationship with the Sun? There appears to be good reason to risk a little more time under the Sun, and maybe use a little less sunscreen.

One obvious follow-up question is: “Why not just use Vitamin D supplements, and continue to stay out of the Sun?” This would seem to strike a cautious balance between avoiding skin cancer, on the one hand, and reducing the health risks associated with Vitamin D deficiency, on the other.

First, Vitamin D production is not the only benefit from sunlight.[10] There are multiple physical health benefits associated with getting sufficient exposure to the Sun so taking Vitamin D supplements only targets one part of a larger health picture.

And one last group of athletes (who stayed in Poland; not part of the international group) was deemed to have unacceptably low Vitamin D levels and were given Vitamin D supplements. The study found that the athletes who trained at lower latitudes had strikingly higher Vitamin D levels than any of the other athletes, including those receiving supplementation. 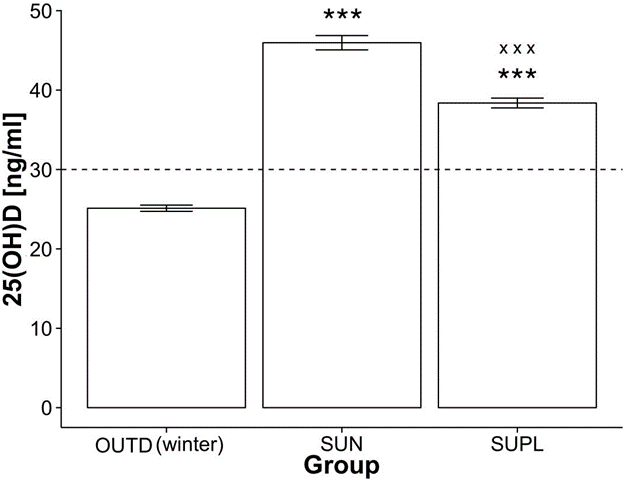 Figure 2 – Efficacy of the sun exposition and oral supplementation

These results make an excellent case for producing Vitamin D the natural way – via the Sun – as opposed to ingesting an artificial version. We will leave analysis of the risks associated with the use of sunscreen lotions and sprays for another day.

There are also mental health benefits associated with spending time in outdoors. Going for walks in the forest, scaling a hill or a mountain, splashing in a lake or ocean – all these activities are broadly beneficial for humans, and not merely for the physical benefits that can be mimicked in indoor environments such as swimming pools and treadmills.

As with outdoor activity in general, Sun exposure is associated with improved mental health. It is not just good for the body; it is good for the soul.

So, Goldilocks and friends are encouraged to head to the beach this summer to enjoy some sunlight. But they should avoid getting too much sunlight – or too little.

They should make sure it’s just right.

[5] Association of Latitude and Exposure to Ultraviolet B Radiation With Severity of Multiple Sclerosis – Accessed July 24, 2022

[9] This article provides a great summary of the research: Benefits of Sunlight: A Bright Spot for Human Health  – Accessed July 24, 2022

[10] Beneficial effects of UV radiation other than via vitamin D production – Accessed July 24, 2022