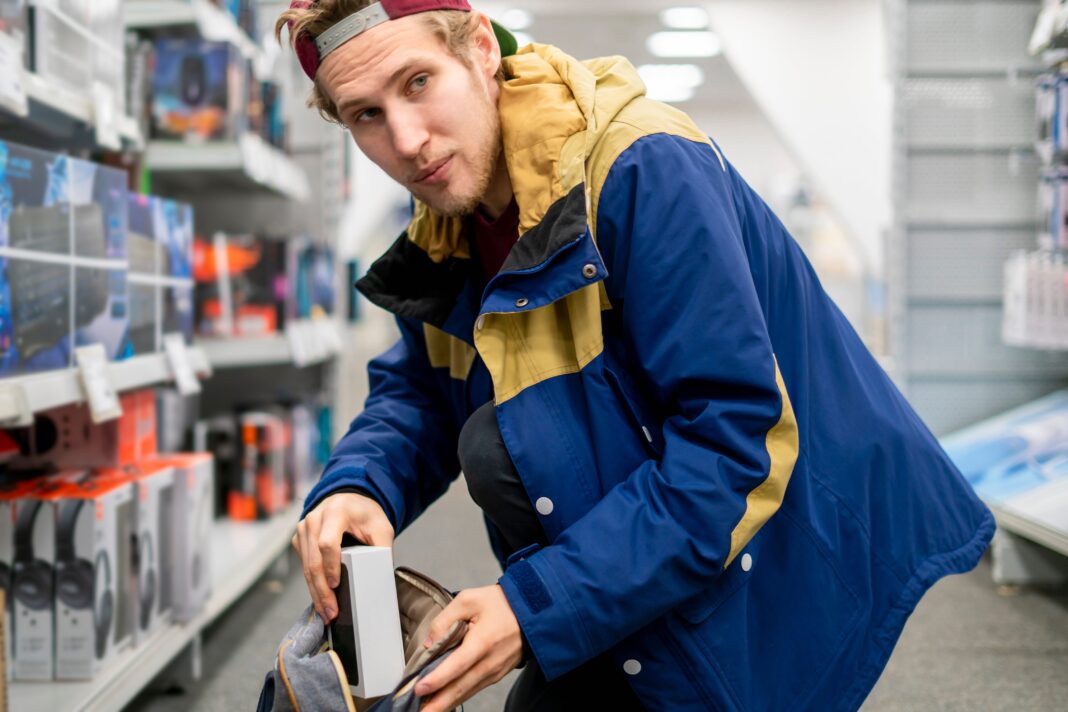 Two different but possibly connected encounters with criminal acts have me more convinced than ever that our society is far too soft on crime.

A few weeks ago, I witnessed a man stealing two large boxes of product from a Vancouver dollar store. As he escaped through the entrance door, I alerted an employee, who took about three steps toward the door, shrugged his shoulders, and returned to stocking shelves.

About three minutes later, the thief returned for more. This time, he walked out the exit door right in front of a store clerk, who seemed just as disinterested as his colleague.

“Are you just going to let him get away?” I said to the young man behind the cash register.

“I am not allowed to get involved — I could get fired for trying to stop him,” the employee replied.

“What about calling the police?” I said.

“But he will keep coming back, and he will bring friends,” I said.

“Yes, it seems crazy, but that is our policy.”

Then, on Sunday, as I was enjoying an almond latte with my daughter at one of my favourite Vancouver coffices (Lessons in ‘coffice’ etiquette) three blocks from the dollar store, a young female barista suddenly sprinted past our table and down the street. I thought someone had stolen her bike, so I pursued, thinking I might borrow someone’s bike to improve our chances of catching the culprit.

I caught up to her at a controlled intersection and asked if someone had stolen her bike.

“He took our tip jar!” she said as she continued pursuit. A fast runner, she caught up to the perpetrator, who was on foot, about 4 blocks from the store.

A bald man, toting a large black plastic bag over his shoulder and one clear glass jar filled with cash in his hand, looked bewildered when the young woman approached him with a simple request, “Can I please have our tip jar back?”

He handed over the goods without incident.

As we walked back toward the coffee shop, the barista and I discussed briefly her questionable decision to pursue a criminal.

“I know I am not supposed to do that, but I figured I would just ask nicely for it,” she said.

I would argue that the dollar store’s policy – which apparently is common in Vancouver – will ensure that baristas and other mostly young retail employees in the neighbourhood will see more and more incidents in which they encounter criminals.

No, the employees should not be chasing down criminals. And some might say it is just property, and that the stores have insurance, so it is not a big concern. However, the more criminals there are in a community, the higher the risk of violence – Where are stranger assaults happening in Vancouver? Here’s what one sergeant had to say – and the more compromised is the safety of store employees and passersby.

Many shoplifters are carrying weapons, as indicated in this CTV report: Bear spray, needles, knives and guns: 260% increase in shoplifting with weapons downtown, Vancouver police say.

And it is not okay for the businesses to accept increasing theft as a cost of doing business, and simply pass it on to customers through higher prices.

Hiring a security guard is a strong deterrent. If that is too much of an expense for store owners, then store employees should at least be directed to call the police.

In a brief of -the-record conversation with a Vancouver constable, he said the police are always willing to respond to reports of shoplifting and other theft.

Const. Nicole Braithwaite of the West Vancouver Police said her department’s policy is “No call is too small.”

It is important that there be at least some deterrent. Otherwise, the thieves will indeed keep coming back and will bring their friends.

Turning one blind eye only makes it more likely that you get punched in the other.

Rob Driscoll
Rob Driscoll is co-founder and president of BIG Media Ltd. He is a writer and entrepreneur who is deeply committed to elevating the level of coverage of our society's most pressing matters as well as the level of respect in public discourse.
Previous articleSmartphones fail to deliver on promise of satisfaction and meaning, study indicates
Next articleNetflix plans to launch video game studio