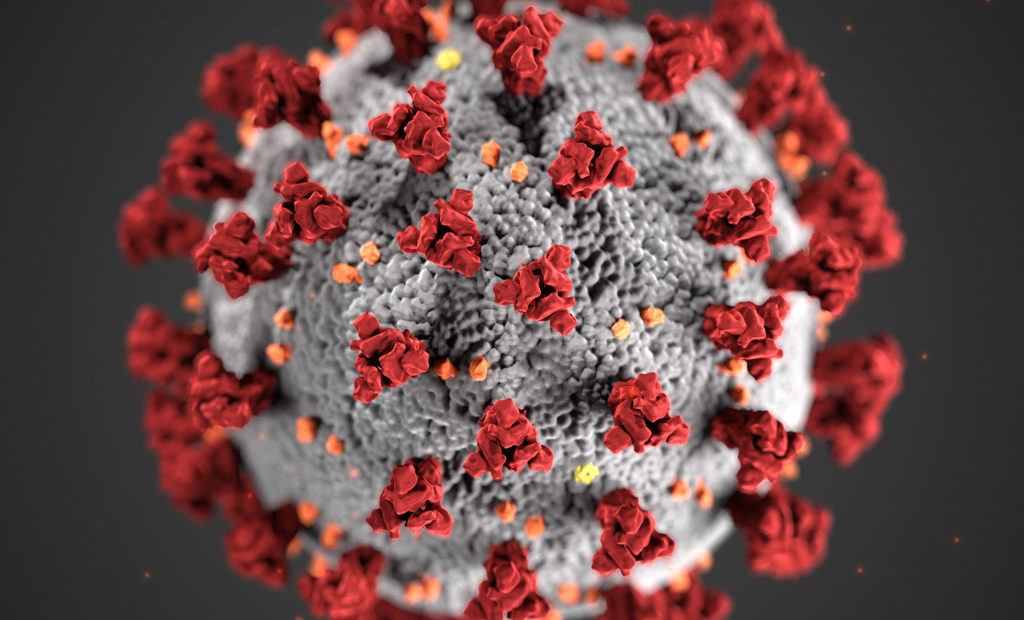 Scientists have simulated the transition of the SARS-CoV-2 spike protein structure from when it recognizes the host cell to when it gains entry, according to a study published today in eLife. The research shows that a structure enabled by sugar molecules on the spike protein could be essential for cell entry and that disrupting this structure could be a strategy to halt virus transmission. An essential aspect of SARS-CoV-2’s lifecycle is its ability to attach to host cells and transfer its genetic material. It achieves this through its spike protein, which is made up of three separate components; a transmembrane bundle that anchors the spike to the virus, and two S subunits (S1 and S2) on the exterior of the virus. To infect a human cell, the S1 subunit binds to a molecule on the surface of human cells called ACE2, and the S2 subunit detaches and fuses the viral and human cell membranes. Although this process is known, the exact order in which it occurs is as yet undiscovered. Understanding the microsecond-scale and atomic-level movements of these protein structures could reveal potential targets for COVID-19 treatment. “Most of the current SARS-CoV-2 treatments and vaccines have focused on the ACE2 recognition step of virus invasion, but an alternative strategy is to target the structural change that allows the virus to fuse with the human host cell,” explains study co-author José N. Onuchic, Harry C & Olga K Wiess professor of physics at Rice University, Houston. “But probing these intermediate, transient structures experimentally is extremely difficult, and so we used a computer simulation sufficiently simplified to investigate this large system but that maintains sufficient physical details to capture the dynamics of the S2 subunit as it transitions between pre-fusion and post-fusion shapes.” The team was particularly interested in the role of sugar molecules on the spike protein, which are called glycans. To see whether the number, type, and position of glycans play a role in the membrane fusion stage of viral cell entry by mediating these intermediate spike formations, they performed thousands of simulations using an all-atom structure-based model. Such models allow prediction of the trajectory of atoms over time, taking into account steric forces – that is, how neighbouring atoms affect the movement of others. “Our simulations indicate that glycans can induce a pause during the spike protein transition. This provides a critical opportunity for the fusion peptides to capture the host cell,” concludes co-author Paul Whitford, associate professor at the Center for Theoretical Biological Physics and Department of Physics, Northeastern University, Boston. “In the absence of glycans, the viral particle would likely fail to enter the host. Our study reveals how sugars can control infectivity, and it provides a foundation for experimentally investigating factors that influence the dynamics of this pervasive and deadly pathogen.”

BIG Media
Our focus is on facts, accurate data, and logical interpretation. Our only agenda is the truth.
Previous articleChina sets online gaming limit for kids at one hour on weekends and holidays
Next articleNot a fan of fanning the flames of division