The demise of Roe v. Wade – breaking down the U.S. Supreme Court’s decision in the Dobbs case 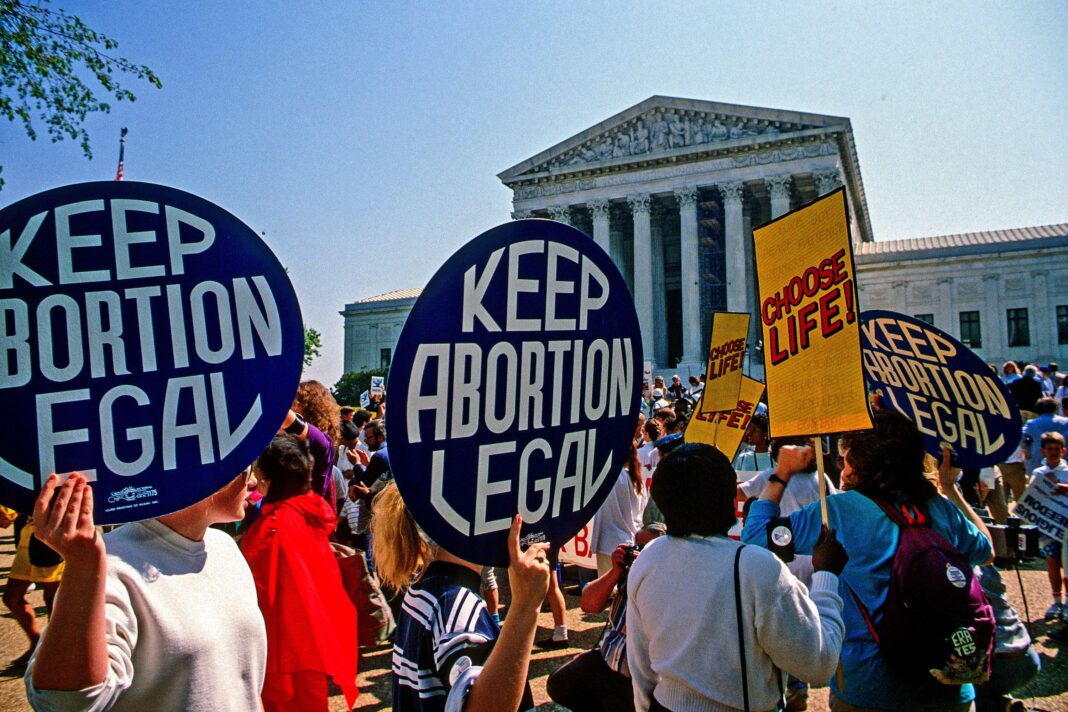 The Supreme Court of the United States recently released its much-anticipated decision (anticipated due in no small part to the leak of a draft opinion in early May) in the case of Dobbs v. Jackson Women’s Health Organization.[1]

The decision generated elation among pro-life advocates and outrage from abortion supporters because it overruled the Supreme Court’s earlier decisions in the 1973 case of Roe v. Wade and the subsequent case of Planned Parenthood of Southeastern Pa. v. Casey, both of which held that the United States Constitution conferred a broad right to obtain an abortion. But did this decision really bring any sort of finality to the abortion debate in the United States? This article is not intended to advocate any position for or against abortion. Below I simply break down the court’s holding and how it reached its conclusion, and look at some of its likely effects.

Some key points from the Dobbs ruling

What Dobbs does not do:

What Dobbs does do:

Why the majority found no constitutional right to abortion

Before tackling the question of whether Roe and Casey should be overruled, the majority opinion examined afresh the question of whether the U.S. Constitution conferred a right to obtain an abortion. It is indisputable that abortion is not mentioned anywhere in the Constitution. As such, the court turned to its prior case law concerning when a right may be implied in the Constitutional text, even if it is not expressly mentioned.

… nor shall any State deprive any person of life, liberty, or property, without due process of law; …

The Dobbs majority noted that the Supreme Court’s prior decisions have held that this clause protects not only a procedural right to liberty (right to a fair trial, etc.), but also certain substantive fundamental rights that are not mentioned explicitly in the Constitution. In order to determine whether a right is protected under this clause, the court has asked whether the right is deeply rooted in the nation’s history and tradition, and whether the right is essential to the nation’s scheme of ordered liberty.

To answer these questions, the Dobbs majority embarked on an extensive review of the legal history of abortion in the United States, as well as under the common law dating back as far as the early 17th century. The majority noted that not only was there no support in America for a constitutional right to obtain an abortion in any State until a few years before Roe (no legislation, court decisions, or even scholarly treatises), but in fact abortion had long been a crime in every single State. Also at common law, abortion had always been criminal in at least some stages of pregnancy. The majority noted that American law followed the common law until States began enacting statutory restrictions on abortion, and that by the adoption of the Fourteenth Amendment in 1868, three-quarters of the States had made abortion a crime at any stage of pregnancy, with the remainder soon to follow.

Thus, the majority concluded, it could not be said that a right to abortion was deeply rooted in the nation’s history and tradition. Quite the opposite.

The majority opinion also held that a constitutional abortion right was not essential to ordered liberty. The majority noted that every State would be free to regulate abortion in accordance with the wishes of its citizens, as was the case for 185 years after the adoption of the Constitution until Roe was decided. Ordered liberty, the majority said, sets limits and defines the boundary between competing interests – in this case, the competing interests are the interests of a woman who wants an abortion and the interest of what the Mississippi law in question calls an “unborn human being”. The majority ultimately holds that people in different states may have different views on where the policy balance between those competing interests should lie, and this is a matter that the State legislatures, not the courts, can and should decide.

Finding no basis for an abortion right in the history or tradition of the United States, or any need for such a right to preserve ordered liberty, the majority concluded that the Constitution does not contain a right to obtain an abortion.

What about Roe and Casey? Can the Supreme Court ignore its own precedents?

Much of the reaction to the Dobbs decision invokes the argument that the Supreme Court should have followed its own precedents in Roe and Casey, regardless of its constitutional analysis. The legal principle of stare decisis holds that like cases should usually be decided alike. This means that earlier decisions, or precedents, especially those of the U.S. Supreme Court, should normally be followed in later cases with similar factual and legal issues. There are a number of reasons for this, including promoting certainty in the law and evenhanded decision making.

The Dobbs majority noted that it has been said that it is sometimes more important that an issue be settled than that it be settled right. However, the majority also noted that when it comes to interpreting the Constitution, a high value is placed on having the matter settled right, given that if a bad constitutional decision is made, the country is usually stuck with it given the difficult process that would be required to amend the Constitution to fix the error.

The majority highlighted that the Supreme Court has overruled hundreds of its own decisions in the past, and that unduly rigid adherence to precedent would have prevented a number of important decisions such as Obergefell v. Hodges (recognizing a right to same-sex marriage and overruling Baker v. Nelson in that regard), and Brown v. Board of Education (rejecting the “separate but equal” doctrine and overruling Plessy v. Ferguson), to name two of many examples cited.

In considering the stare decisis argument in this case, the majority found five factors weighed strongly in favour of overruling Roe and Casey: the nature of their error, the quality of their reasoning, the workability of the rules they imposed on the country, their disruptive effect on other areas of the law, and the absence of concrete reliance. The strongest of these is probably the extremely weak reasoning employed in the Roe decision.

The Dobbs majority points out that the Supreme Court in Roe did not ground its decision in the text of the Constitution (it couldn’t) or in any historical analysis that would potentially lead to recognition of an unenumerated abortion right. Instead, the Roe court developed a trimester framework based on “viability” that none of the parties had argued for, but that was, as the Dobbs majority put it, “the court’s own brainchild.” The dissenting opinion of Justice White in Roe termed it an exercise of “raw judicial power.”

The reasoning in Roe was criticized at the time even by legal scholars who would have agreed with its outcome on a policy basis, as being difficult to defend from a constitutional law standpoint. For example, from the Dobbs majority opinion:

Archibald Cox, who served as Solicitor General under President Kennedy, commented that Roe “read[s] like a set of hospital rules and regulations” that “[n]either historian, layman, nor lawyer will be persuaded . . . are part of . . . the Constitution.”

The Casey decision was no better, in the Dobbs majority’s view. While Casey purported to uphold Roe on the basis of stare decisis, the Dobbs majority noted that “paradoxically, the judgment in Casey did a fair amount of overruling.” Casey, in fact, overruled the trimester scheme established by Roe, replacing it with a prohibition on States imposing an “undue burden” on access to abortion, equally unmoored from constitutional text or historical precedent. The majority quoted Justice Scalia’s comment in his partial dissent in Casey, that determining whether a burden is “due” or “undue” is “inherently standardless.”

Unable to find a right to abortion guaranteed by the Constitution, and finding compelling reasons why Roe and Casey were not only wrong but egregiously wrong from a constitutional law perspective, the Dobbs majority ruled:

We end this opinion where we began. Abortion presents a profound moral question. The Constitution does not prohibit the citizens of each State from regulating or prohibiting abortion. Roe and Casey arrogated that authority. We now overrule those decisions and return that authority to the people and their elected representatives.

The effect of the Dobbs decision

Does the Dobbs decision end the abortion debate in the United States? Not likely. The immediate effect of the decision is to return the authority to regulate abortion to the individual States. Some have already enacted very tight restrictions on the availability of abortion. Some will permit abortion with very few restrictions. The battleground will now move to State legislatures and State courts.

There will no doubt be challenges in State courts to strict abortion legislation. These challenges might be based on the interpretation of State constitutions, or other State laws. Other likely issues on the legal horizon might include the question of whether a State that restricts abortion can penalize either its citizens who travel out of State to obtain an abortion, or those who aid them in doing so.

And the Supreme Court may not be out of this yet. The Dobbs decision would not prevent the U.S. Congress from passing legislation enshrining a right to abortion nationally. President Joe Biden has signed executive orders directing federal agencies to support abortion access as far as they are able. The resulting new “guidance” from the Biden Administration to pharmacists based on the Affordable Care Act,[2] combined with the FDA’s December 2021 decision allowing access to abortion pills by mail,[3] seems aimed to set up a system where those living in States where access is restricted could order abortion pills by mail (some have dubbed this “Plan C”). These actions are bound to raise such legal issues as whether the federal government can provide services in violation of State law, and whether abortion is a matter reserved to the exclusive jurisdiction of the States under the Tenth Amendment.

If anything seems clear, it is that the abortion debate will rage on.

[3] Questions and Answers on Mifeprex

Kevin Burron
After a stint as a structural engineer, Kevin built a bridge to a successful career in law. He was recruited to be partner at the largest law firm in the world (Dentons), then stepped away to sail under his own flag (Burron Law) and work with BIG Media. His practice covers a range of issues related to commercial litigation, including contract disputes, insurance coverage disputes, corporate governance and oppression actions, factoring of accounts receivable, oil well drilling disputes, contracts executed under duress, fraud and breach of trust claims, injunctions and attachment orders, contested insolvency issues, judicial review of administrative tribunal decisions, proceedings under the Arbitration Act, construction litigation and dispute resolution relating to builders' liens, construction deficiency claims, construction contract interpretation, construction delay claims, and construction safety code violation prosecutions. His deep knowledge of the legal system and writing prowess are great benefits to his clients, as well as to BIG Media readers.
Previous articleOpen-source tech produces affordable 3D-printed surgical table
Next articleU.S. seizes stolen funds from suspected North Korean hackers