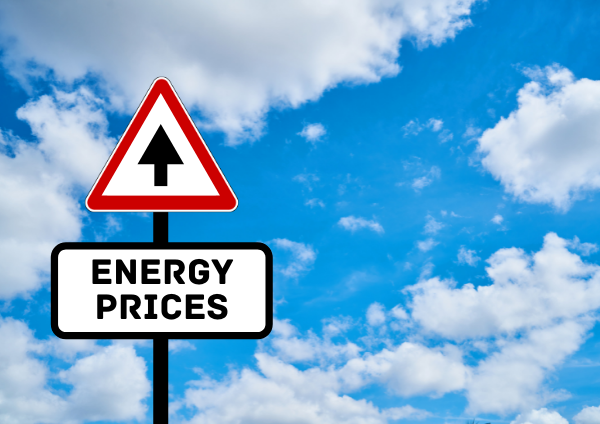 World energy markets are in turmoil. Prices for electricity are climbing in many places, even where there are long-established modern electrical grids. Oil has risen to about US$70 per barrel, from levels less than a third of that in March and April of 2020, at the beginning of the COVID crisis. Natural gas prices in North America have more than doubled in the past year – the Henry Hub trading centre was quoting $4.97 per gigajoule on Sept. 19 – prices not seen since 2014.[1] International prices are rising toward highs last seen 10 or more years ago, before hydraulic fracturing upset the world gas pricing system. Reuters recently reported the average LNG price for October delivery into northeast Asia to be $19.90 per million BTU (about the same as a gigajoule), compared to less than $10 a year ago.[2] Even the price of uranium to fuel nuclear reactors has seen a big bump recently.

Linked tightly to price increases are shortages of critical energy commodities – particularly electricity and natural gas. People in jurisdictions from California to the United Kingdom are being asked to reduce their power consumption to avoid mandated cuts (blackouts).

Why is this happening? After all, there is new electrical generation capacity being built all over the world – wind, solar, coal, gas, and nuclear. We are told that renewables are now generating electricity more cheaply than traditional coal, gas, or nuclear can. High prices should bring more capacity on stream.

As usual, the real answers are complex, and many factors are in play. While extreme weather events – winter storms in Texas last February and the western North America “heat dome” in late June – attract a lot of attention, power and fuel availability and pricing have long-term systemic issues.

Power/fuel demand has risen sharply as much of the world exits COVID-19 lockdowns.[3] Unusual drought conditions, particularly in the western U.S., Brazil, and parts of Asia have dramatically reduced supply and reliability of hydroelectricity. It has been a calm year in traditionally windy areas such as the North Sea, so wind power generation is down. Coal-, gas-, and nuclear-fired power plants are being retired quickly, many before their design lifetimes have been reached, in efforts to reduce greenhouse gas emissions. Russia is playing games with gas supply to Europe, again.

None of these events should surprise anybody. The one-time demand hit from COVID could not last. Intermittent power supplies, particularly wind and solar, are just that – intermittent. They vary daily and seasonally, and sometimes there are bad seasons. We regard hydro as reliable baseload power, which it generally is on a short-term basis. However, it has always been subject to reduced output during drought periods. Geopolitics will always be threatening supplies.

We cannot change these things. But we can certainly take a step back and look at the way we have designed and are re-designing our energy supply chains, and ask – are we planning and executing in a reasonable fashion?

Clearly, the answer is no. I want to highlight two important realities that many strategists and governments fail to acknowledge.

There was great fanfare in Alberta a couple of years ago when solar providers bid contracts promising to deliver electricity at a very cheap 3 cents per kilowatt-hour. That is a wonderful price – but available only when they can deliver electricity. They can deliver very little in the cold winter months when power demand traditionally peaks; Figure 1 shows the comparatively miniscule solar contribution to the Alberta power grid in Winter 2019 (it is included within “other”). Real-time Alberta electricity generation statistics are available at Alberta Electric System Operator (AESO). [4]

The same situation happens with solar and wind worldwide – you get cheap power when conditions are right, but you have little control over availability.

In Alberta, we maintain gas- and coal-fired generation sufficient to power the grid completely when wind and solar are not producing. In some jurisdictions – California and Germany are among the worst offenders – coal- and gas-fired generation and even nuclear facilities have been taken off stream permanently in the name of reducing emissions or environmental risks. Those governments have not paid sufficient attention to the needs of their customers. Now, as predicted by many analysts, their electricity prices are rising sharply as available supply does not match demand.

Supply crises occur routinely where backup generation is not available. In the face of blackouts and huge economic damage, California has applied for special permission to re-activate gas-fired power plants, and to build new gas peaker facilities (which operate only when demand is highest) to level out the supply curve when required.[5] In many parts of the United States, particularly Texas, sales of home generators have soared as consumers take matters into their own hands to ensure access to reliable power.[6]

We should not blame wind and solar power for these problems. Everyone knows (or should know) how they behave. Yet some governments and regulators are acting as if they do not know, and are removing the baseload capacity that traditionally underpins reliable power systems. They have developed schemes intended to deliver reliable power from less reliable power sources, and they have failed miserably.

New power-delivery strategies will undoubtedly improve as they are developed, particularly as energy storage technologies improve. But we are not there yet, so California, Germany, and others are doing tremendous economic damage by shutting down the systems that sustain us before adequate replacements are established.

My second point; there are real shortages of oil and gas developing as poorly conceived government policies and short-sighted business plans have aligned over the past decade to put world supplies in a precarious position. Low prices over the past seven years have discouraged oil and gas exploration, and we are starting to see the results. Big projects to find big reserves take a long time to execute. For example, the giant Hibernia Field off the East Coast of Canada was discovered in 1979 but did not produce first oil until 1997.[7] Limited exploration globally in 2014-2021 manifests as limited development and production opportunities in the 2020s, making the world more vulnerable to the manipulations of OPEC and Russia while demand for oil and gas continues to rise.

Of course, it is not just prices that have damaged oil and gas supplies, thus inflating prices. Anti-oil activists and sympathetic governments have put huge hurdles in the way of resource development in many nations. In Canada, pipeline construction has slowed to a crawl, impeding the industry’s ability to export products. Six years ago, companies had more than 20 proposals on the table for new liquefied natural gas (LNG) export projects to ship Canadian natural gas from the West Coast, East Coast, and from Quebec. Almost all of those projects died. Only one (LNG Canada Raising the Roof – Stats and Facts) is under construction, although Woodfibre LNG (Making Progress Possible) and Cedar LNG (Project Overview) are moving ahead. Imagine the economic benefits to Canada had some of those projects proceeded on schedule, and imagine how much GHG emissions would have been reduced had Asian nations imported more Canadian LNG instead of building coal-fired generation.

The world needs a lot more rational thinking to guide us to an energy future with more diverse and lower-emitting energy sources. We need to build effective energy solutions before we destroy those that sustain us now. Focusing on destruction before construction, as many are doing now, guarantees continued price and availability crises.

Brad Hayes
Brad Hayes has a PhD in geology from the University of Alberta and is president of Petrel Robertson Consulting Ltd., a geoscience consulting firm addressing technical and strategic issues around oil and gas development, water resource management, helium exploration, geothermal energy, and carbon sequestration. He is an adjunct professor in the University of Alberta Department of Earth and Atmospheric Sciences.
Previous articleResearch favours fitness focus over weight loss in contending with obesity
Next articleThousands of satellites to add light and clutter to the night sky