Is it really ‘now or never’ to stave off climate disaster? 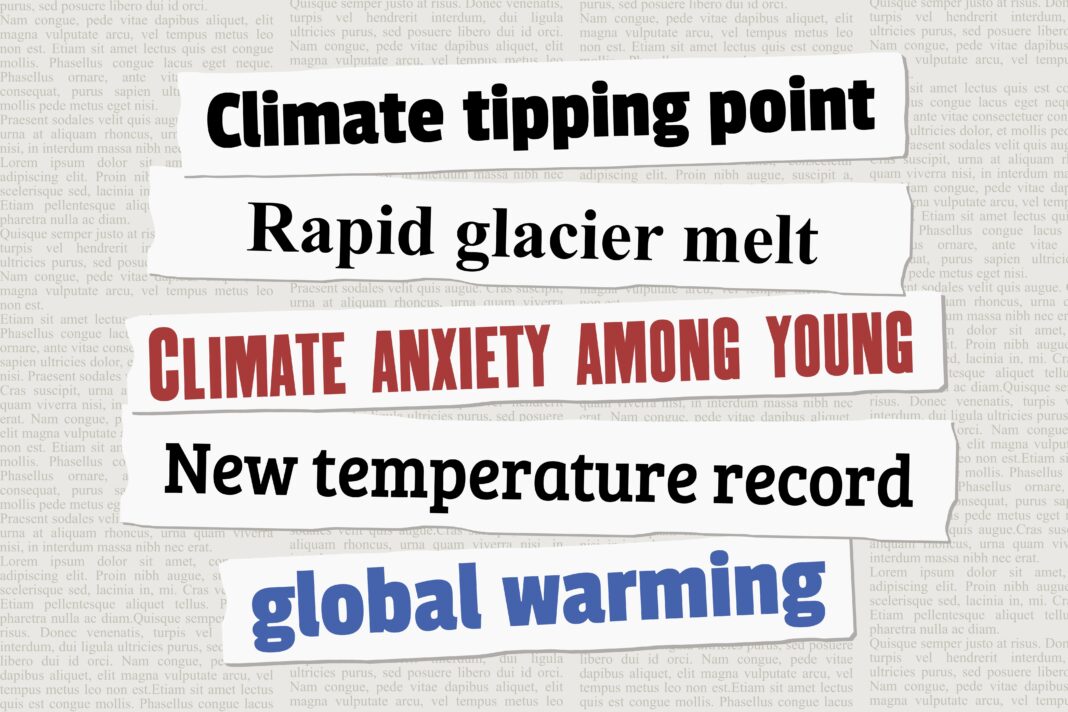 Earlier this month, the Intergovernmental Panel on Climate Change (IPCC) released its Working Group III contribution to the Sixth Assessment Report (AR6_WGIII) entitled “Mitigation of Climate Change”. There is a Final Draft Technical Summary, a Final Draft Full Report, and a Summary for Policymakers document – all with the stated goal of assessing literature on the scientific, technological, environmental, economic, and social aspects of mitigation of climate change.

The Final Draft Full Report is an incredible 3,675 pages long. I’m not planning to read it all, even though a hefty percentage does not require detailed review – the reference list for Chapter 5 (“Food, Fibre and other Ecosystem Products”), for example, occupies 118 pages on its own. The Summary for Policymakers, at 64 pages, is a little more digestible, but is not written with the casual or general-interest reader in mind.

While the authors spend a considerable fraction of all this text reminding us of past findings regarding the potential effects of climate change on ecosystems and humans, the purpose of the report is to examine mitigation. What can we do to reduce the negative impacts of climate change? How feasible are these actions? And what will the social and economic costs be? For example:

The authors also recognize that our initial mitigation strategies can be wrong:

“There is increased evidence of maladaptation across many sectors and regions since the AR5. Maladaptive responses to climate change can create lock-ins of vulnerability, exposure and risks that are difficult and expensive to change and exacerbate existing inequalities. Maladaptation can be avoided by flexible, multi-sectoral, inclusive and long-term planning and implementation of adaptation actions with benefits to many sectors and systems (high confidence).”

And their advice on putting mitigation into action:

“Enabling conditions are key for implementing, accelerating and sustaining adaptation in human systems and ecosystems. These include political commitment and follow-through, institutional frameworks, policies and instruments with clear goals and priorities, enhanced knowledge on impacts and solutions, mobilization of and access to adequate financial resources, monitoring and evaluation, and inclusive governance processes (high confidence).”

So this is all pretty reasonable stuff. Past IPCC reports have been faulted for projecting scenarios of ecosystem and human disaster based on the premise that there would be no mitigation. In other words, we are all going to drown because we are going to go stand chin-deep in the ocean and wait until sea level rises enough to cover our heads. Now, there is acknowledgement that there are things we can do (and are doing) to mitigate effects of climate change – like walking a few steps toward shore.

The real value of this report is to provide informed scientists and advisers to policy-makers a summary of the current state of scientific thought. There are apparently about 18,000 papers referenced (no surprise, given that Chapter 5 reference list), so if I want to work on a specific topic – say Climate Change Adaptation for Terrestrial and Freshwater Ecosystems – I can focus on Chapter 2.6 for a summary and an extensive list of recent relevant papers.

So what is mainstream media response to AR6_WGIII? Well, many apparently think that their audiences would quickly lose interest if they printed anything about the report itself as I did above. So instead:

“IPCC report: ‘now or never’ if world is to stave off climate disaster” (The Guardian)

“New IPCC report: over 3bn people face rising climate-change threat” (The Economist). And in much smaller print under the headline: “But some adaptation is likely to help”

“One word in gloomy UN climate report offers a ray of hope” (Toronto Star). And in much smaller print under the headline: “The Intergovernmental Panel on Climate Change report this week included ‘colonialism’ for the first time”

Digging in to these stories, it is difficult or impossible to make out what the subject matter of the new report is all about. Neither their sensationalistic headlines nor the text that follows reflects the contents of the report.

“The latest IPCC climate report shows reducing emissions is possible, but not without a shift in values and policies” (Globe and Mail)

Of course, it is very difficult to summarize a 3,675-page report in a short newspaper article, but at least readers of the Globe and the Post understood that adaptation to climate change was the point of the report.

Some would say “Brad, get over it. This is modern mainstream media – it’s not about the facts; it’s about the clicks.” And BIG Media founder and president Rob Driscoll would say “That’s why we’ve got BIG Media – to report and analyze the news and facts”. I get that.

But sometimes the click baiting gets a bit too much to bear. Take, for example, this graph presented in the Guardian story referenced above (Fig. 1). It has nothing to do with the IPCC report – it’s a “Guardian graphic”, with a lurid red line and the usual graph-making tricks designed to make it look like CO2 levels in the atmosphere are at some unprecedented and dangerous level. There is even a line demarcating 350 ppm CO2 as “the safe level for CO2 in the atmosphere.” 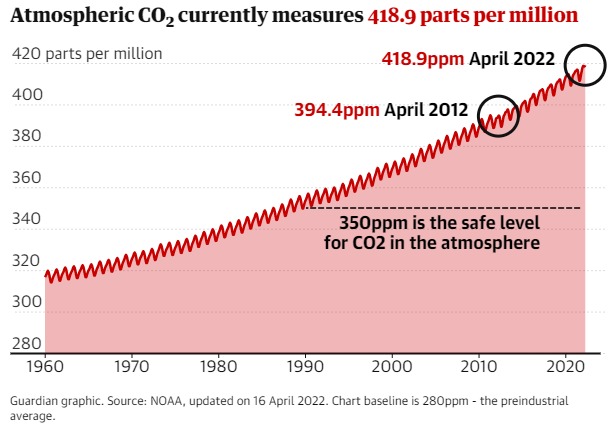 The “safe level”? How is that defined, and by whom? We passed the “safe level” 30 years ago, and still the actual studies of storm frequency and strength reveal no conclusive trends, while casualties from bad weather events continue to fall. 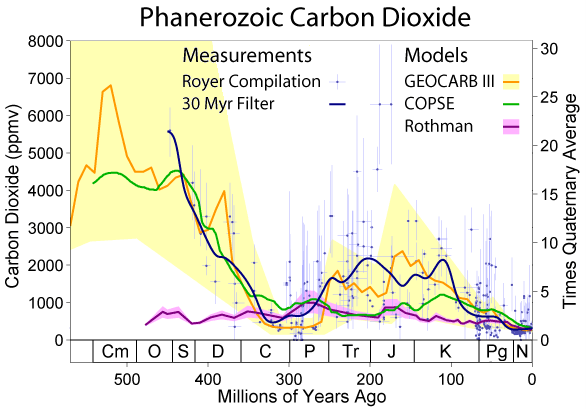 Figure 2: CO2 levels in the atmosphere, Phanerozoic time (about 540 million years ago to the present). https://commons.wikimedia.org/wiki/File:Phanerozoic_Carbon_Dioxide.png

Earth’s climate and environments are critically important not only to humanity but to all living things. We need to be aware of the consequences of our actions, and we need to change or at least mitigate those actions where they pose a threat – which is exactly the point of the IPCC Working Group III report. If we are going to be successful, however, we need to address facts with well-informed, intelligent minds building on the work of others.

Mass media misrepresentation of good science to garner clicks and eyeballs does a disservice to all.

Brad Hayes
Brad Hayes has a PhD in geology from the University of Alberta and is president of Petrel Robertson Consulting Ltd., a geoscience consulting firm addressing technical and strategic issues around oil and gas development, water resource management, helium exploration, geothermal energy, and carbon sequestration. He is an adjunct professor in the University of Alberta Department of Earth and Atmospheric Sciences.
Previous articleWhat Twitter’s ‘poison pill’ is intended to do
Next articleFederal judge strikes down CDC mask mandate for public transport