Maximum effort should be placed on building trust 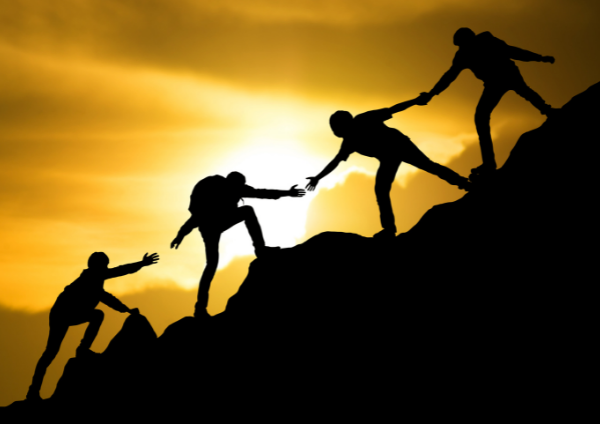 We may be missing one of the main points in our arguments over vaccination against COVID-19. We may also be placing our efforts to increase vaccination uptake on the wrong things. Bribes, coercion, and political bickering are not necessarily helpful; building trust in vaccines is.

Vaccine passports and vaccination against COVID-19 have continued to be part of the dialogue in the lives of Americans and Canadians. The discussion has become a political tool in the Canadian election, with Prime Minister Justin Trudeau accusing opponent Erin O’Toole of “Pandering to ‘fringe’ anti-vaccine Canadians” for not disclosing his candidates’ vaccination status. [1] Beyond being used as a bludgeon for re-election, politicians have attempted a variety of methods to increase vaccine uptake, ranging from vaccine passports to monetary rewards. [2]

While vaccine passports and monetary rewards may have a utility to some individuals, they also have drawbacks. The monetary rewards may be seen as both rewarding the unco-operative and undermining the reasons to vaccinate. There is little reason to believe that small bribes will make a big difference at this late point in the drive, when opinions on vaccination are well defined. Vaccine passports will likely increase uptake to some degree, but they also threaten to mire individuals and politicians into distracting and divisive debates over rights and freedoms.

Neither approach respects the real problem: that those who have not been vaccinated largely do not trust the vaccines. A recent Leger poll of 1,515 Canadians and 1,005 Americans asked why unvaccinated respondents do not plan on getting vaccinated. 71% of Canadians and 64% of Americans in this group chose from the possible reasons presented, “With the newness of the vaccine, and the lack of testing and research, I do not believe the vaccines are safe.” [3] The other choices were: a general disbelief in vaccines, or that the vaccines are a ruse by government.

These individuals cite a lack of trust over the vaccine safety.

Until this concern is addressed, they will likely continue to resist being vaccinated. A negatively inflated perception of vaccine risk has been studied in the past and is known to be a significant problem in reaching vaccination goals. [4] As discussed in this recent BIG Media article https://big-media.ca/prisoners-dilemma-and-vaccination/, the game-theory understanding of vaccination puts the relative risk of vaccination versus infection as a key variable in the rational decision to vaccinate. [5] New information on vaccine safety will affect this variable. A potentially negative example of this is the September 8, 2021, preprint article for medRxiv, which presents survey evidence of concerning levels of myocarditis in boys in the 12-17 age categories from the Pfizer and Moderna mRNA COVID vaccines. [6] This information should not be used to guide policy as it awaits peer review, but it may become relevant and will certainly be on the minds of both the vaccine hesitant and those opposed to vaccine passports. While the perception of vaccine risk may have an irrational or inaccurate element in it, and is often overestimated by the public, the valuation of vaccine safety is rational and should be treated as such.

This understanding can be used to construct an argument regarding the prioritization of efforts to attain a greater level of vaccination.

The decision to vaccinate or not has largely narrowed to a trust issue. While not every individual can be persuaded, it is this trust issue that should primarily be addressed. Political parties attempting to make points against each other are not helping build trust. Frustrated individuals and organizations who treat these issues of trust with a lack of empathy or respect are also not helping. Policies that appear to infringe on fundamental rights and freedoms may indeed persuade some to vaccinate but risk entrenching others against it. This entrenchment may not seem critical to policy makers now, but they should not forget that this will not be the last time that politicians and health officials ask people to vaccinate. Co-operation and trust matter now and will matter in the future. The most productive and rational plan of action is to respect these concerns and address them. Such reason, respect, and patience may pay off now and next time we face a similar issue.

Our society is fundamentally based on a social contract of co-operation. Form this basis, we have built a sophisticated system of laws and rights, but our functioning ultimately requires a certain level of trust. Let us focus on that.

Address the issues of vaccine safety, respectfully and accurately. With maximum effort.

[4] Galvani, Alison, Timothy Reluga, Gretchen Chapman, 2007, Long-standing influenza vaccination policy is in accord with individual self interest but not with the utilitarian optimum, PNAS, Vol.104, No. 13, 5692-5697.

Lee Hunt
Lee Hunt is the author of the Dynamicist Trilogy. He was formerly a professional geophysicist, CSEG Distinguished Lecturer, and is currently a writer and ironman triathlete.
Previous articleFace the facts – diving into the science of masks
Next articleResearch indicates elevated risk for chronic conditions among transgender people