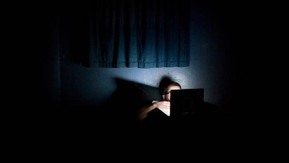 Pornography websites will be legally required to verify the age of their users under new internet safety laws, reports the BBC.

The legislation, which is part of the draft Online Safety Bill, is intended to give children better protection from explicit material.

The measures, to ensure users are 18 or over, could see people asked to prove they own a credit card or confirm their age via a third-party service.

Sites that fail to act could be fined up to 10% of their global turnover.

The Online Safety Bill is expected to be introduced to parliament over the next few months and is designed to protect users from harmful content.

Studies show that half of 11- to 13-year-olds have seen pornography at some point.

As well as being able to fine websites that do not follow the rules, the regulator Ofcom could block them from being accessible in the U.K.

The bosses of these websites could also be held criminally liable if they fail to co-operate with Ofcom.

Andy Burrows, of the National Society for the Prevention of Cruelty to Children (NSPCC), welcomed the strengthening of the Online Harms Bill but said it didn’t go far enough.

“It’s right the government has listened to calls to fix one of the gaps in the Online Safety Bill and protect children from pornography wherever it’s hosted,” he said.

“Crucially, they have also acted on our concerns and closed the ‘Only Fans loophole’ that would have let some of the riskiest sites off the hook despite allowing children access to extremely damaging material.

“But the legislation still falls short of giving children comprehensive protection from preventable abuse and harmful content and needs significant strengthening to match the government’s rhetoric and focus minds at the very top of tech companies on child safety.”

Proposals to make people confirm their age before accessing explicit content online were first introduced under the Digital Economy Act in 2017, but the government never enforced them.

They were officially dropped in 2019, with ministers pledging “other measures” would achieve the same results.

When the first draft of the Online Safety Bill was announced last year, campaigners were shocked it did not contain these long-promised checks.

Despite the widespread use of age verification technology in sectors such as online gambling, there are still fears it poses privacy risks.

Campaigners have warned that a database of pornography users would be a huge hacking target for blackmailers.

Jim Killock of the Open Rights Group, which campaigns to preserve digital rights and freedoms, said the rules would benefit age-verification companies while offering “little practical benefit for child safety, and much harm to people’s privacy.

But Iain Corby, executive director of the Age Verification Providers Association, said firms he represented had developed a wide range of methods to prove someone’s age online without disclosing their identity to the websites they visit.

“By using independent, third-party organizations which are audited and certified to comply with the highest standards of data protection and security, adults can be confident their own privacy will be preserved while their children are protected.”

BIG Media
Our focus is on facts, accurate data, and logical interpretation. Our only agenda is the truth.
Previous articleAnalog to digital music – where the magic happens
Next articleTruth be told – BIG Media marks first birthday