Return to sensible energy policy – a painful but necessary transition 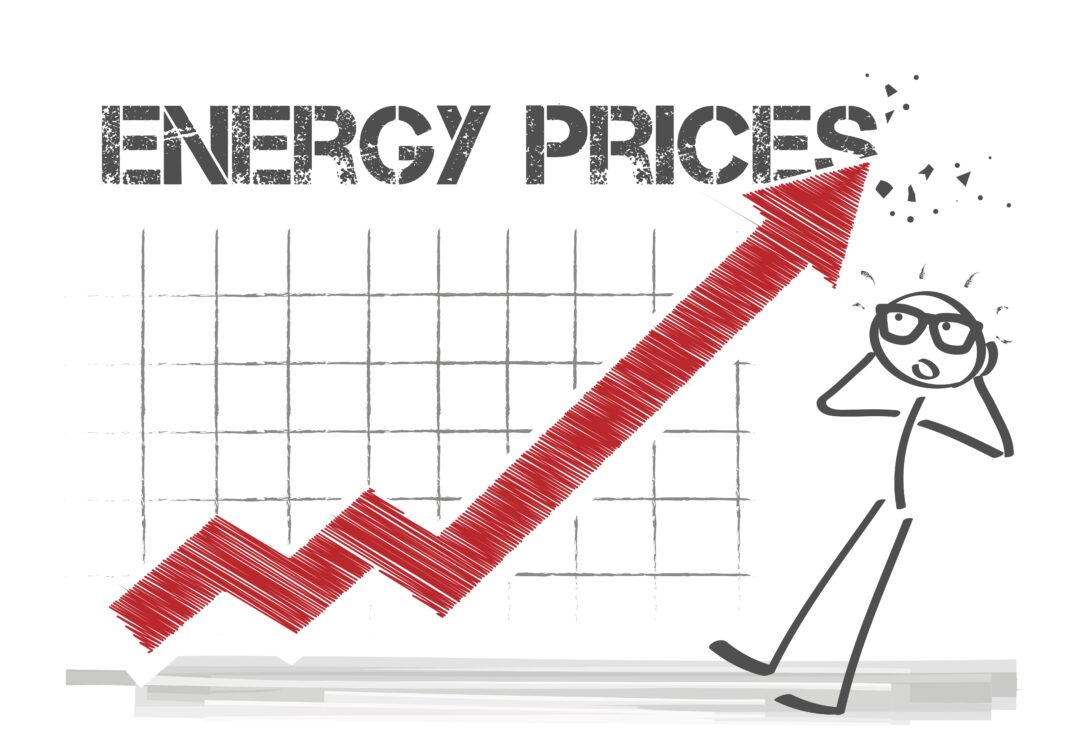 Many would agree that the energy world has changed dramatically over the past couple of years. In early 2020, energy commodity prices, particularly oil, plummeted as response to COVID-19 devastated demand and producers could not sell their oil. Markets recovered slowly through 2021 as the world worked its way through the pandemic – then oil, gas, coal, and electricity prices exploded in 2022 as energy shortages became apparent, followed by Russia’s invasion of Ukraine that revved up geopolitical risks.

Six months into the latest Russian conflict, people are starting to look harder at why Europe and many low-income nations are suffering energy supply crises, while even resource-rich Canadians and Americans experience high energy prices, along with supply-chain problems and industry slowdowns.

The answer is both very simple and immensely complex. The simple answer is – many countries have very poor energy policies, incapable of dealing with today’s energy situation, and now they’re seeing the results. Let’s not be smug in the United States and Canada – our energy policies are as bad as any, but we are so blessed with abundant energy resources that we have not seen a North American energy crisis just yet.

The more complex and realistic answer is that most high-income countries really do not have energy policies – they have emissions policies that assume sufficient energy will always be available. In Europe, and particularly in Germany, government policy in recent years focused on accelerating development of low-emission energy sources such as wind and solar (plus high-emission wood pellets, but that is a story for another day). That is all fine, but policy decisions were also taken to shut down high-performing and low-emission nuclear power generation, and to actively discourage production and consumption of oil, gas, and coal.

We see similar policies emerging in other high-income nations, particularly in Canada and United States, where it is almost impossible to build a pipeline. Federal governments are making oil and gas development more difficult, and operating nuclear facilities face early shutdowns.

Back to Germany – it was assumed (apparently) that renewables could grow quickly enough to supply electricity needs, even while demand grew to electrify sectors such as transportation. Relatively cheap imported oil and gas would always be available to paper over the cracks – or so the thinking went. That idea worked OK from the economic downturn in 2008/2009 through 2020, but gas prices skyrocketed in 2021, well before the Russian invasion, and sit at astronomical levels today (Figure 1). 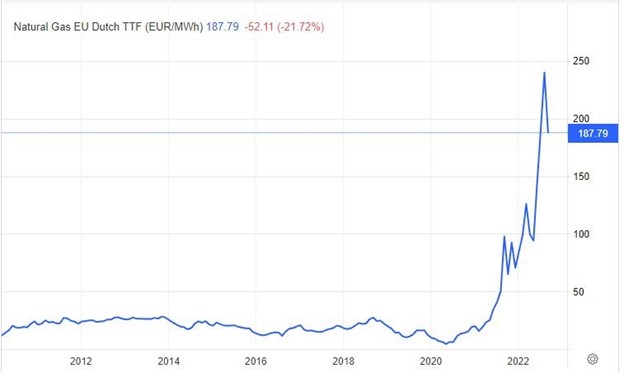 Consumers in Europe are facing devastating energy bills this coming winter – at least triple those in previous winters according to many media reports. The damage is not limited to the average consumer who cannot afford their heating bill, but has spread to many industries such as steel, cement, fertilizer, and others that rely directly on fossil fuels or abundant cheap electricity.

An interview in the New York Intelligencer with the commodities/industrial experts at Doomberg does not mince any words in laying out the situation in European energy markets (How Europe Stumbled Into an Energy Catastrophe). Here’s what they say about today’s energy situation:

“Look at what they’re actually doing. They’re burning coal like they never have in Germany. So – climate what? I mean, does Germany actually care about climate change? If it cared about climate change, I guess Germans would all shiver instead of burning coal. Climate change is going to happen over multiple decades in a century. The war is here. The war is before us. There’s no such thing as the unicorn buffet where we have no trade-offs and every decision is a good one.”

I am sure many people would object to the harshness of the language and the depiction of climate change effects. Nevertheless, Doomberg summarizes the situation accurately. Europe is paying unaffordable energy prices that are bringing economic disaster, and while the Russia/Ukraine conflict is exacerbating the situation, the origins of the problem lie in European emissions policy that did not ensure energy security and affordability for their citizens.

So, Europe is seeing the pain of uncertain and expensive energy supply, and the pain is spreading. What are the responses of governments committed to reducing greenhouse gas emissions? Germany is delaying the shutdown of nuclear power plants slated to close in late 2022. Germany and other European nations are burning a lot more coal. The entire continent is scrambling for natural gas supplies, either from non-Russian pipelines, or by building new LNG import facilities that will operate for decades (Energy crisis pushes Germany to lock in LNG for decades). The U.K. has rescinded the ban on onshore hydraulic fracturing, which may allow development of domestic onshore gas supply (New UK PM Truss wants more oil and gas extraction from the North Sea ). Others may follow – Germany has squelched onshore gas development in recent years, but the resources are there for development.

“All of these actions related to energy indicate what should be completely uncontroversial – energy security comes first. And by security I mean security of supply and of cost. Externalities such as air pollution (both particulates and greenhouse gases), dodgy regimes as a source of supply and fears over technological risks can only be addressed in the context of security.”

Of course, governments are also encouraging accelerated development of renewable energy sources, but are being forced to face realities that limit how much energy they can generate in time to address today’s shortages. Rising costs, supplies of critical minerals, expansion of electrical grids, and inadequate energy storage all limit how much wind, solar, and geothermal can be built and how quickly.

One can argue that European policymakers are embracing energy policy more seriously and sensibly than they have over the past decade. Energy security, the lack of which threatens the life and livelihood of every citizen right now, has muscled its way to the front of the policy lineup. Today’s “short-term” policy measures allowing more fossil fuels and nuclear will gradually become long-term policy as people are reminded daily that they need affordable energy on demand, every day. Renewable energy will continue to grow, but perhaps with a more realistic view of what it can deliver and how long that will take.

A final word from Pielke Jr.:

“Expressing virtue through energy technologies will always be much easier when there are multiple viable options on the shelf (so to speak) and ready to be deployed. In the absence of clear alternatives, or in the presence of promises of new alternatives soon to come, countries will overwhelmingly choose what is familiar or immediately deployable. There won’t be much interest in political games through energy policies.”

So – a lot of economic pain can produce more sensible energy policy. The big question for us in Canada and the United States is – do we need to experience as much pain as the Europeans have before our federal governments take to heart the lessons of national and global energy security?

Brad Hayes
Brad Hayes has a PhD in geology from the University of Alberta and is president of Petrel Robertson Consulting Ltd., a geoscience consulting firm addressing technical and strategic issues around oil and gas development, water resource management, helium exploration, geothermal energy, and carbon sequestration. He is an adjunct professor in the University of Alberta Department of Earth and Atmospheric Sciences.
Previous articleIn Switzerland, Heating Rooms Above 19C May Be Legally Punishable
Next articleHacker couple deletes hotel chain data for kicks