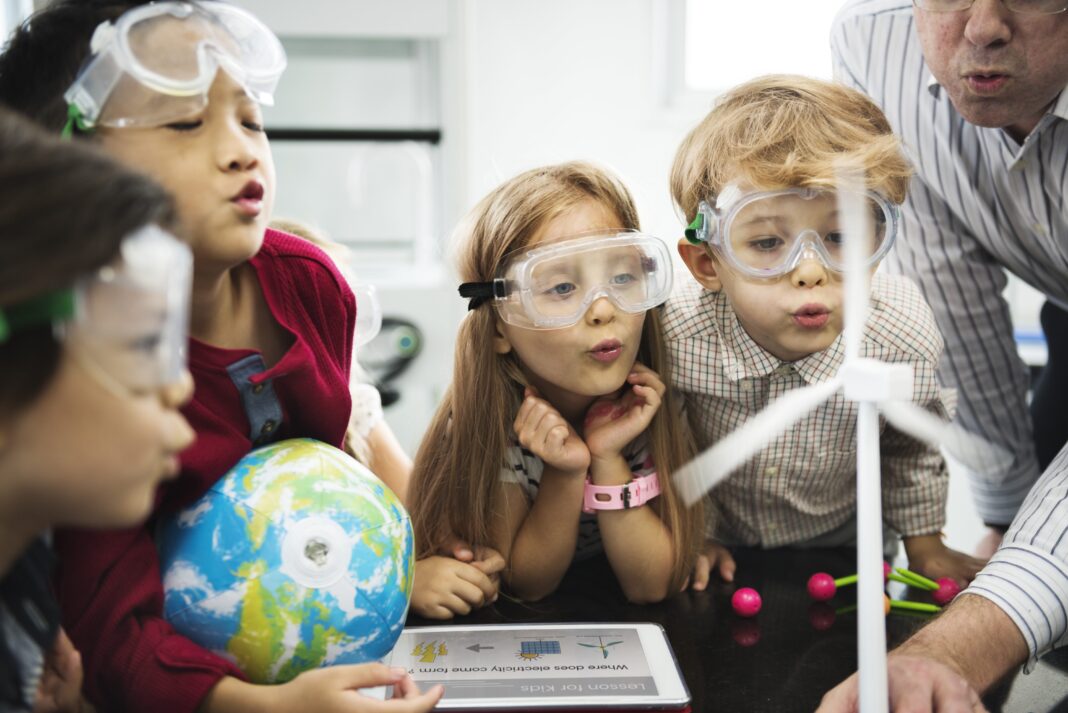 There is so much talk about energy today – and it’s about time, because energy is a critically important issue that deeply affects the life of every human in the world today. We use energy in everything we do, and a life without modern energy is a life of deprivation.

But, you might say, “we have been talking intensively about energy for decades now, so what do you mean, ‘it’s about time’?”

I mean that, no, we have not really been talking about energy; we have been talking about climate and greenhouse gas (GHG) emissions. Developing the forms of energy that humanity uses has been very much a secondary consideration. A common narrative: “in order to meet emissions targets, we have to stop using fossil fuels, and we have to replace them with low-emissions energy sources such as wind and solar.”

When politicians first started setting GHG emission targets with the Kyoto Protocol, enacted in 1997, the numbers were vague and far in the future, as most everyone agreed we had no idea how emissions reductions would be accomplished. It quickly became apparent that none of the targets would be reached, which should have inspired some careful review and recalibration to set targets that could be realistically accomplished with existing and developing technologies, and appropriate socio-economic incentives.

Unfortunately, that approach was not considered. Instead, new emission reduction targets were created, based on interpretations of climate models that indicated a “climate crisis” or “climate catastrophe” was imminent – a crisis deemed to be more important than anything else humanity or Mother Earth could possibly experience. Agreements were reached whereby countries would commit to reducing emissions by ever-increasing amounts in certain time periods. However, most national targets were set without meaningful reference to global emissions, or to a country’s existing emissions profile, industry base, or population distribution.

So why are conversations now beginning to address energy instead of just emissions? Because parts of the world that have enjoyed reliable and abundant energy supplies in past decades are now experiencing energy shortages and real, immediate crises in energy supply. Much of Europe, Pakistan, California, Texas, parts of the U.S. eastern seaboard, South Africa, and others are seeing blackouts or at least reduced electrical supply not only during extreme weather events, but during normal weather times. And energy prices – particularly heating fuels (such as natural gas) and transport fuels – are increasingly volatile and at times so high that industries are shutting down, and people can’t afford to heat their homes.

Why are energy crises becoming more common? Lots of reasons, but at the top of the list is reduced availability of fossil fuels, which still supply 80%+ of the energy that humanity consumes. Political and activist campaigns seek to stop oil, gas, and coal development, block pipelines, forbid new gas hookups to buildings, and to shut down existing coal, gas, and nuclear power generation – without adequate consideration of how these lost energy sources will be replaced in real time.

Now that more people are starting to think about energy, they need educational resources to learn about the complex, interdisciplinary world of energy. Such resources are emerging at the post-secondary level, with programs such as Sustainable Energy Development and Future Energy Systems offered at universities and technical schools as diplomas, undergraduate degrees, and even graduate degrees. This is an encouraging trend. But is it sufficient?

I don’t think so. Students are being exposed to the “climate crisis as the ultimate problem” mindset early and repeatedly in high school and even elementary school curricula, long before they have gained the scientific background and critical thinking skills to understand climate change, or to appreciate the complexities of energy systems. They graduate and move on to working life or post-secondary education without having been exposed to the concept of energy security and the need for affordable, abundant energy to power society and industry. Even in university programs, the focus on “sustainability” can be in reducing emissions – not ensuring energy security.

As I write this, I am travelling home from a university conference on Global Energy Systems, where we addressed many aspects of energy. In conversations with intelligent and keen engineering, business, and environmental science students, I was asked why they heard only about emissions and climate in their classes, and never about energy security. I had to tell them that their professors were not current with energy security developments, and that they would need to do their own research to understand energy security as it unfolded in real time.

With energy security finally entering the lexicon now, it will be years before it filters through to young learners in conventional educational programs. Fortunately, we have the Internet (a massive energy consumer) and online learning to help fill the gaps in the meantime. An excellent resource is a new Massive Open Online Course (MOOC) called “21st Century Energy Transition – How do We Make it Work?”, developed by a joint academic/industry team led by the University of Alberta and the Canadian Society for Evolving Energy, available free and online (“21st Century Energy Transition – How do We Make it Work?”). Students learn about the importance of energy in our daily lives, past energy transitions, and the various energy sources that power humanity today and into the future. They are asked to think about the challenges of moving to different mixes of energy sources that maintain energy security and affordability while achieving other goals such as reduction of GHG emissions. Finally, they learn that creating government policies and modifying societal structures to actually meet these challenges is a set of enormous tasks that cannot be shoe-horned into emissions targets set without considering energy security.

Many governments today, particularly in high-income nations such as Canada, the United States, the United Kingdom, and in the European Union, address energy with emissions-first policies that do not adequately consider how energy will be generated or distributed securely and affordably to their own populations, let alone to less wealthy nations.

Thus, we see the Canadian prime minister tell German and Japanese leaders that there is “no business case” for export of Canadian natural gas, even while Canadian companies stand ready to build new gas projects, and Germany and Japan build new gas import terminals to ensure their citizens can heat their homes and power their industries. Producing and exporting Canadian natural gas would significantly reduce global GHG emissions, but would damage political aspirations to meet Canadian emissions targets.

Now that people are talking about energy, it is high time to recognize basic facts:

Governments need to create energy policy, designed to ensure adequate, affordable, and secure energy to all their people. Without such policy, economic hardship, deprivation, death, and even war are the consequences.

Brad Hayes
Brad Hayes has a PhD in geology from the University of Alberta and is president of Petrel Robertson Consulting Ltd., a geoscience consulting firm addressing technical and strategic issues around oil and gas development, water resource management, helium exploration, geothermal energy, and carbon sequestration. He is an adjunct professor in the University of Alberta Department of Earth and Atmospheric Sciences.
Previous articleLula fires army chief in wake of pro-Bolsonaro riots in Brazil
Next articleFalling birth rate has Japan on ‘verge of whether we can continue to function as a society,’ says PM