Capturing carbon – the science and the subtleties 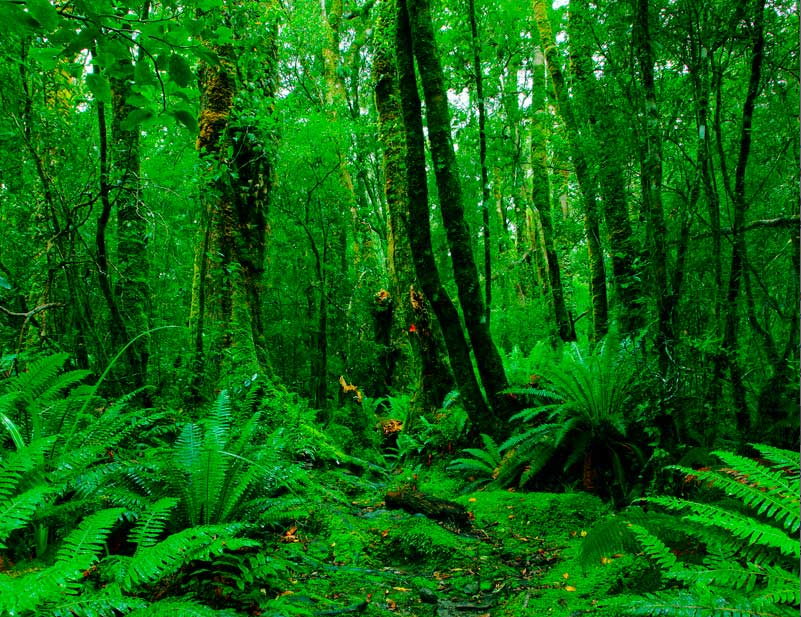 Modern humans have, through their daily activities, been liberating carbon at a furious pace. By “carbon”, I specifically mean carbon dioxide, or CO2, which is a naturally occurring gas molecule made up of one carbon atom and two oxygen atoms. Growing concentrations of CO2 in the atmosphere accelerated due to human activities have been linked to unwelcome climate changes, and there have been considerable political and scientific efforts to reduce these concentrations.

As detailed in a BIG Media article, Putting global emissions into perspective, CO2 is only one of the group referred to as greenhouse gases, or GHGs. Reducing our emissions of all GHGs and improving environmentally sustainable practices are imperative and ongoing objectives. There has been significant focus on the development of renewable sources of energy such as wind and solar to offset fossil-fuel use with the associated reduction in GHG emissions. This is easier said than done, as described in the BIG Media article Climate change and energy: context for the great debate.

This article will focus on the largest component by volume of anthropogenic (human-caused) emissions, CO2.

Carbon is a building block of all life, stored naturally in living organic matter (plants and animals), “fossilized” organic matter (rocks and hydrocarbons), air, and water. The natural carbon cycle involves complex physical and chemical processes through which carbon moves, over the course of millions of years, from basic carbon dioxide gas to substantially more complicated molecules, and back again. As with all scientific endeavours, we try to understand these complex processes using simplified physical models and experimentation, incorporating as much theoretical and practical knowledge as possible, modifying the theories and models as more is learned.

The interruption and further complication of the natural carbon cycle happens when we burn hydrocarbons for energy, process certain types of rocks (carbonates) to make cement, disturb and modify the soil through agriculture, and disrupt land and water ecosystems with industrial and urban activity. Regardless of how it gets there, the end result is an increase of carbon dioxide gas in the atmosphere.

There are, however, many ways of reducing the amount of carbon dioxide in the atmosphere. In one of nature’s elegantly symbiotic relationships, we animals breathe oxygen (O2) and exhale carbon dioxide (CO2), while plants do the opposite. In the presence of high CO2 concentrations, plants are known to thrive, absorbing and synthesizing CO2 while they are alive.[1] Plants also transfer carbon to the soil through their root systems, and when animals and plants die, they become part of the soil or marsh, sequestering the carbon in the process.[2]

Oceans absorb a significant amount of CO2 through multiple processes (Figure 1).[3] It finds its way into corals and sea life, which sink to the bottom when they die, their shells and skeletons eventually forming those carbonate rocks we use for cement. Their soft bodies become tiny droplets of oil that migrate through pores in the rock, and mingle under the right conditions into vast pools. 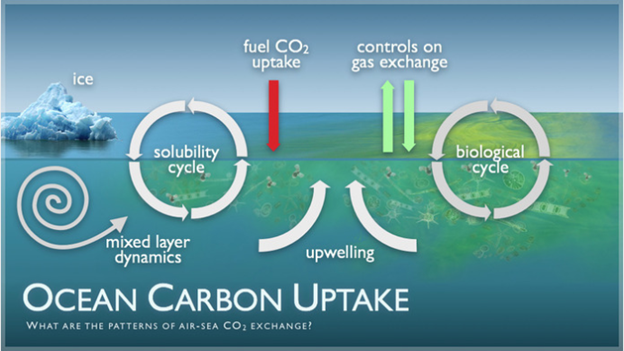 Although the science of all these interconnected processes is not well understood, recent studies suggest that about half of the CO2 that we emit is absorbed by plants, soils, and the ocean, and that this proportion may be keeping pace with increases in emissions (Figure 2).[4] 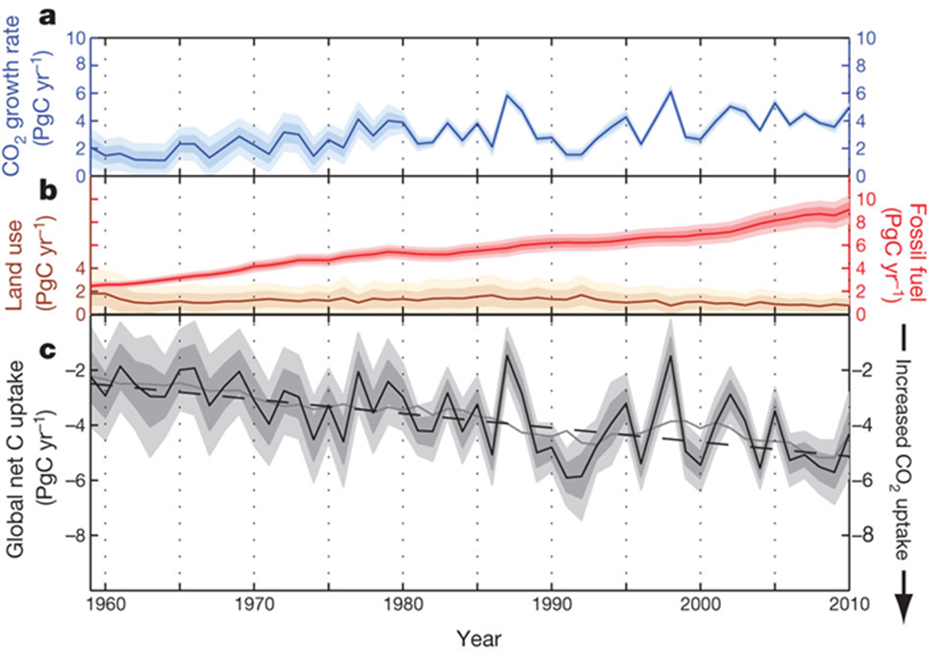 Figure 2: Trends in the global carbon budget from 1959 to 2010. PgC yr-1 means pentagrams of carbon per year. One pentagram is 1015 (10 followed by 15 zeros) grams. The blue line represents the total net CO2 growth rate made up of the contribution from fossil fuel use (red line), land use (brown line), less the amount absorbed naturally (black line). Source: A. Ballantyne et al.

If half of the CO2 emitted into the atmosphere is absorbed naturally, what do we do about the other half? There are two obvious options:

1)  We can reduce the amount emitted in the first place, hence the “heated” debates on the energy transition. However, despite all the media attention and political posturing over the past few decades, renewable energy sources (which are not totally clean in any case) contribute only 3-4% to meeting continually rising global energy demand.[5]

2)  We can use artificial methods to capture and either use or lock away the carbon in a secure location. This approach is called “carbon capture, utilization, and storage”, or CCUS.

CCUS requires technology to capture, transport, and use or store carbon dioxide. We also need to be confident that the CO2 is not leaking out of wherever we put it, which requires ongoing monitoring technology (Figure 3). 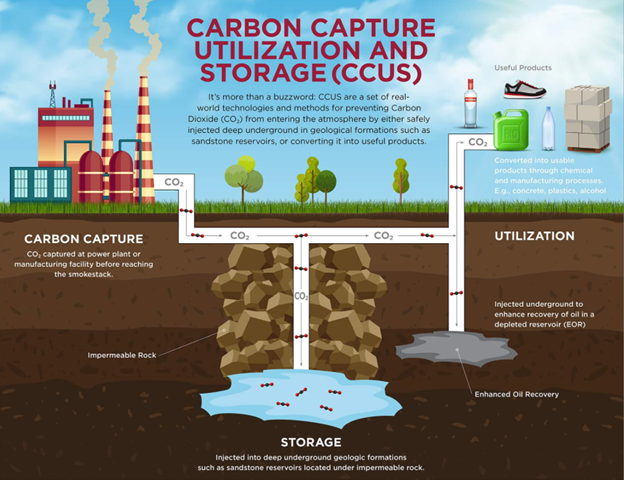 All of this technology has been utilized for many years.

In 2006, an Italian geologist friend called me unexpectedly, saying he was coming to my home city Calgary – not to visit me; he was only passing through. The Italian government sent him to a small town in southeast Saskatchewan to learn about a world-renowned project for the capture and storage of CO2.[6]

Long before the word “carbon” carried such negative connotations, oil companies had been injecting the miscible gas, CO2, for enhanced oil recovery (EOR), increasing secondary oil production from fields that had been depleted by conventional pumping (Figure 4). In Weyburn, Saskatchewan, this purpose was augmented with detailed CCUS scientific research for multiple objectives including: 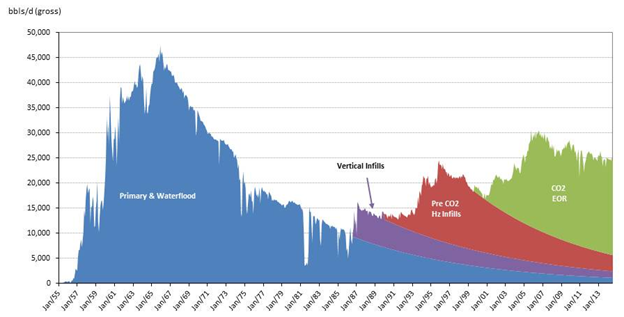 The Weyburn study provided significant scientific data and insights regarding the capture and storage of CO2, as well as permanently sequestering 40 megatonnes of CO2. However, the use of CO2 for EOR is considered by many to be politically incorrect because of the commercial benefits it brings to oil and gas companies, prolonging the production and use of fossil fuels. Current Canadian policies offer incentives to specifically non-EOR CCUS.[7] BIG Media elaborates further on carbon economic incentives and opportunities in Climate change – environmental emergency or economic opportunity?

At Weyburn, the CO2 is collected from an industrial plant in North Dakota, liquefied, and sent by pipeline across the border into Saskatchewan. This is an example of CO2 captured at its source, which is a proven and commonly employed technology around the world. But it can also be extracted directly from the atmosphere (DAC) using experimental technology (Figure 5).[8] Whatever way CO2 is gathered, in order to be stored permanently, it needs to be transported to an underground injection site, where it is pumped deep into a suitably secure geological formation.

Unless the captured carbon is used for a commercial purpose such as EOR, there is no revenue; just expense. Although costs are decreasing, capturing and storing carbon is expensive. Like all additional costs to a business, someone must pay, whether it is the government or the consumer.

Climeworks is a Swiss technology company that has two direct-air-capture sites, one near Zurich and one in Iceland (Figure 5).[9] The site in Zurich sells carbon dioxide to local greenhouses to enhance plant growth, and to a local Coca-Cola factory to put the fizz in soda.[10] Both of these are temporary uses for carbon.

According to its website, Climeworks appears to be monetizing its Icelandic operations with a subscription service for carbon dioxide removal; “We want to inspire a billion people to remove carbon dioxide from the air and reverse climate change.” At a quoted subscription cost of €15 – €50 ($17 – $57 USD) per month, they are not thinking small. Microsoft, Spotify, and Audi, and more than 10,000 others have subscribed so far. With a few clicks and a credit card, you, too, can be a “climate pioneer” and place your order for carbon removal on your behalf. 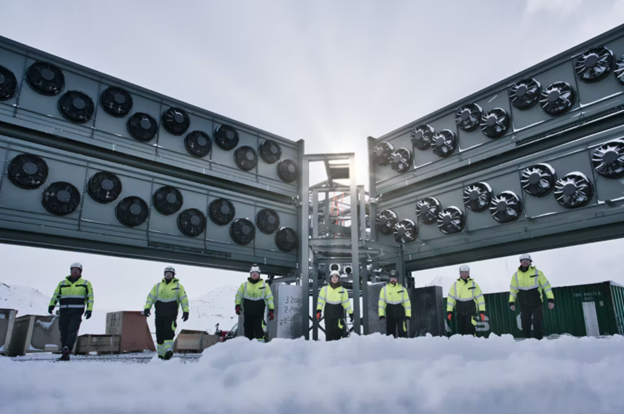 There are obviously no easy answers to these problems. Our lives have evolved to be dependent upon increasing amounts of energy, which, so far, have been provided primarily by carbon-intensive fossil fuels. Changing will not be easy or fast, especially when our understanding of complex interconnected natural systems and their adaptability is so rudimentary. Solutions will come from an array of different technologies and systems, large and small, available now or yet to be invented, evolving as we learn.

This is an enormously entangled subject, scientifically, politically, socially, and emotionally. While we are figuring it out, we are going to try things that might not work, hopefully without inadvertently causing harm. In the meantime, we can all try to be aware of our own contributions and do simple things in our everyday life that have the cumulative potential to make a significant difference.

[3] How the oceans absorb carbon dioxide is critical for predicting climate change, US National Oceanic and Atmospheric Administration

Laurie Weston
Laurie Weston is a co-founder and scientific strategist for BIG Media, with a Bachelor of Science degree with honours in Physics and Astronomy from the University of Victoria in Canada. Laurie has more than 35 years of experience as a geophysicist in the oil and gas industry. She is president of Sound QI Solutions Ltd., a data analysis software and services company she founded in 2007.
Previous articleNetflix stock plunges as concern over subscriber growth rises
Next articlePursuit of Alzheimer’s treatment has been misguided, study suggests