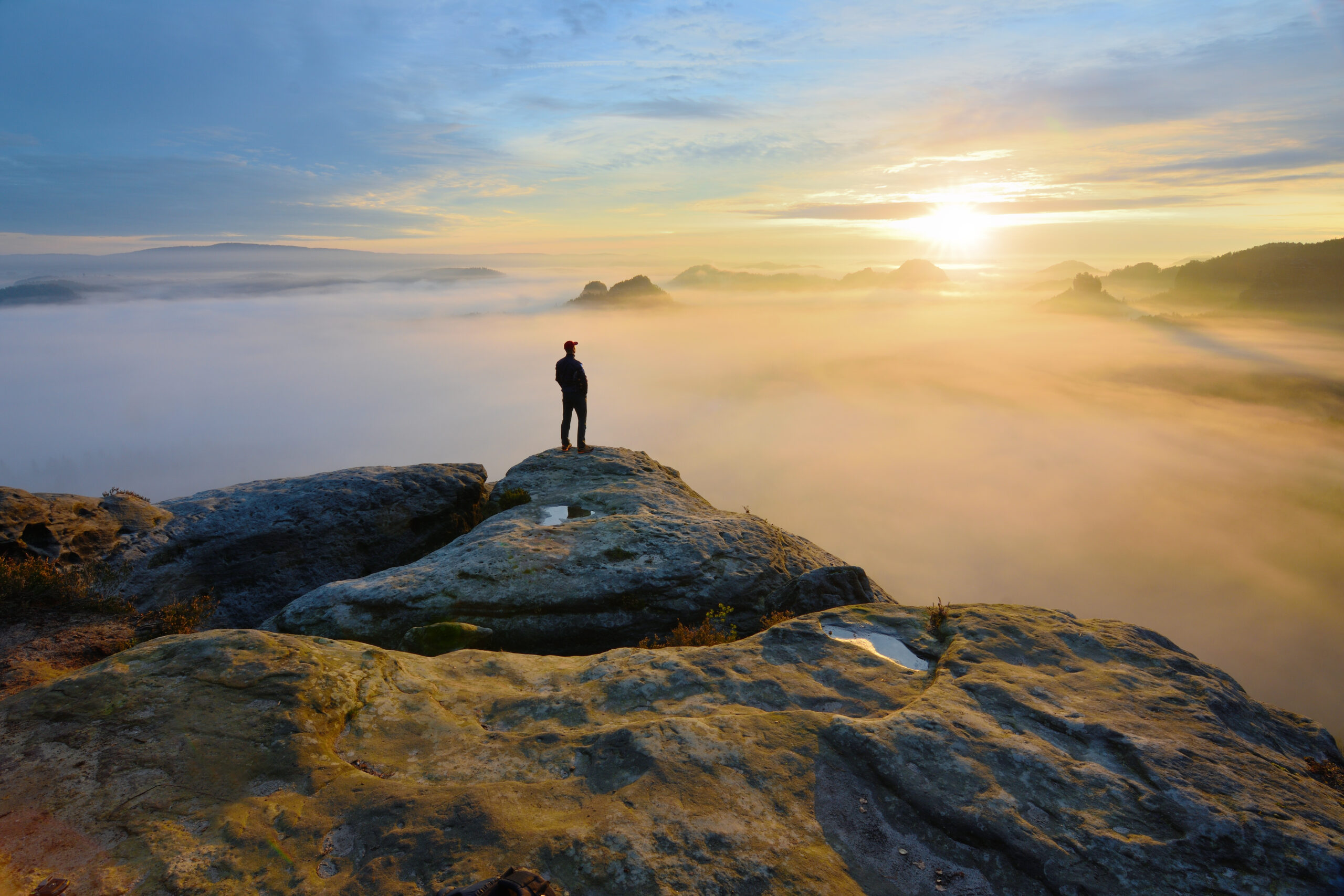 In a court of law, witnesses swear to tell the truth, the whole truth, and nothing but the truth. This means they promise not to knowingly lie, leave anything relevant out of the story, or embellish what they know with something they think they know or assume to be true – with or without the intent to mislead. The spirit of this oath should be adopted by scientists and those who use science as justification for their opinions and actions.

Instead, science is often co-opted to lend legitimacy for all kinds of purposes, innocent or otherwise. Corporate or political interests may deliberately influence scientific investigation to support an agenda, with promised resources contingent upon certain “acceptable” avenues of investigation or preconceived outcomes. Well-intentioned environmental or charitable organizations might selectively publish information that highlights a perspective designed to attract maximum public sympathy, support, and donation, while downplaying or excluding information that would cause ambiguity or indecision, clouding their agenda in the process. Scientific education curricula may be shaped in a way that emphasizes moral or cultural objectives promoted by regional government or other institutional leaders of the day.

Even though there is usually at least a kernel of scientific truth in each of these instances, such techniques would not stand up in court. Words such as “propaganda” and “brainwashing” come to mind.

In any case, this kind of interference in impartial and transparent scientific investigation does not necessarily come from an evil or greedy place. On the contrary, there could be a sincere desire to do good with whatever scientific support works to achieve the good intentions. In that case, science is merely used as an accomplice to further the worthy or altruistic cause, and the end is seen to justify the means. We are now venturing beyond science and encroaching on fuzzy philosophical territory, which is exactly the issue; science and philosophy are not mutually exclusive. In fact, early scientists such as Aristotle and Pythagoras were philosophers first,1,2 prioritizing what we should know over what we can and do know. Life would be so easy if everything were black or white, right or wrong, true or false, with clear boundaries. Unfortunately, subtle shades of gray, green, red, and blue are typical, and truth is apparently in the mind of the beholder. Is it possible for science to be objective?

In the ubiquitous human competition for hearts and minds, money and success, power and dominance, next to sheer force, science delivers persuasive leverage. The first article in this series explained the scientific method and revealed the uncertainty inherent in all scientific investigation. It is not surprising, therefore, that interpretation of ambiguous data and theories could be subtly (or not) nudged in one way or the other. Slight embellishment, flattering presentation, or distorting the results could be considered technically truthful but violate the “whole” and the “nothing but” parts of the oath. Combine a few emotional triggers with biased science, and you have a recipe for strong reactions. If you are marketing razors or wrinkle cream, sales will increase with scientific endorsement. A few customers might think they notice some of the magical benefits – most likely will not – but overall, the negative consequences are not particularly dire.

On the other hand, if science-backed deception affects or outright manipulates people’s lives and livelihoods, the consequences could be much worse – in some cases, literally life and death. Particularly abhorrent is science that justifies atrocities against human beings. While genetics is a perfectly legitimate field of scientific investigation, Nazi “racial scientists” were able to rationalize political claims of the superiority of a pure Aryan race, culminating in hundreds of thousands of forced sterilizations designed to limit certain unacceptable genetic traits and leading to the horrors of the holocaust.3

More recently, science has been employed to support all sides of emotionally charged arguments and news headlines in areas including the environment (climate change crisis), wealth concentration (the 1%), and health (COVID-19 pandemic). Threats to our very existence have been implied or directly stated, causing panic in some, and skepticism and distrust in others. The inherent truth of these assertions will not be addressed in this article (look for other BIG Media pieces on related subjects such as vaccines, sea-level rise, and polar bears). The point is, particular authorities have an agenda and are trying to convince the public to behave in a way that is more in line with that agenda, leveraging science to add credibility to their arguments. We are being pressed to change our way of living to preserve our life itself.

Outside of legal coercion, however, people generally need compelling arguments before they put even slight effort into changing behaviour. In order to succeed with the desired modifications, therefore, the authorities must remove all ambiguity from the scientific arguments. Their messages must be as clear-cut and impactful as possible.

However, when decisions are made on, at best, incomplete or uninformed science and, at worst, intentionally misleading or manipulative science, no one wins. Temporary victories are far outweighed by long-term damage. Consider the effects of claims by the drug company Chemie Grünenthal in the early 1960s that the drug thalidomide (a sedative that reduced morning sickness) was safe for pregnant women. The birth defects that resulted from poorly researched and regulated science were devastating to thousands of families. In the context of allegations of distorted and incomplete testing, this outcome was potentially avoidable through the honest application of the scientific method.4

Science is complicated for the average person. Although scientific literacy is difficult to measure,5 most do not have basic scientific knowledge, nor the critical thinking skills to logically dissect and analyze an argument, regardless of how technical the concepts may be. Therefore, people look to expert authority to simplify and communicate the important, relevant conclusions. Despite repeated examples in history to the contrary, many are easily convinced of the validity of these arguments through an innocent desire and willingness to trust the perceived authority. In reality, there is always the danger of becoming unknowing victims of deliberate propaganda and being influenced by subtle but intentional signals in the message.

Propaganda is the manipulation of information to achieve a desired outcome and has been employed throughout human history for persuasion large (political outcomes), and small (convincing a customer to buy a used car). The main characteristics of propaganda were articulated by The Institute of Propaganda Analysis (IPA)6,7 in the 1930s and 40s. The institute’s findings have since been adopted widely. These characteristics can be grouped into three broad categories: Word Games, False Connections, and Special Appeals.8

Word Games are tactics such as name calling (“climate criminals”), glittering generalities (using terms such as “freedom” and “social justice”; this is where the concept of virtue signaling comes into play), and euphemisms (subduing unpleasant information with relatively bland words – e.g. referring to “genocide” as “racial science”).

False Connections include the transfer of virtuous attributes or desirable characteristics by appropriating symbols that already embody them, such as the American flag or a cute puppy. The same applies to the use of a testimonial from a respected source to endorse a position. Celebrities and scientific experts are particularly effective. Even better if you can find a celebrity scientist.

Finally, Special Appeals are designed to make the person or concept more relatable, convince us that everyone else is doing it or believes it and therefore we should, too. Another key element: special appeals make us afraid of the alternatives.

For an excellent overview, plus detailed background, examples, and research into propaganda, visit https://propagandacritic.com.

To avoid being manipulated by scientific (or any) propaganda, ask yourself some questions when faced with a persuasive news article, slogan, speech, course, or debate: What am I feeling? Are emotions driving my reactions? Can I set aside those emotions and consider the arguments dispassionately, logically? To facilitate a logical approach, try re-reading the article after first deleting all provocative adjectives and quotes from “experts”. Notice any difference in your reaction after reading each version?

Everyone is biased (yes, even though we strive to be as objective as possible, we at BIG Media also have personal beliefs and biases), but an ideal state to strive for is to balance bias with a conscious effort to open your mind and consider new information, alternative arguments, and perspectives. It is too easy to have your biases reinforced over and over in the online universe (in fact, this is by design in the world of Internet persuasion). Broaden and critically question your sources of information. Just like the boiling water experiment in the first article, we must go figuratively to the top of a mountain to gain a new, almost certainly enlightening, point of view.

Is it possible for science to be objective? The answer is yes! When approached honestly and transparently, science elevates human knowledge majestically. Most scientists do have integrity and want to do the right thing; the problem is that scientific nuances are lost in translation when they leave the lab or the whiteboard or the journal and get filtered through various biased lenses.

In this imperfect and ambiguous world, if we are not scientists, we need to be philosophers and carefully consider the issues. It is our collective responsibility to check sources and determine the truth, the whole truth, and nothing but the truth before delivering our verdict.

Laurie Weston
Laurie Weston is a co-founder and scientific strategist for BIG Media, with a Bachelor of Science degree with honours in Physics and Astronomy from the University of Victoria in Canada. Laurie has more than 35 years of experience as a geophysicist in the oil and gas industry. She is president of Sound QI Solutions Ltd., a data analysis software and services company she founded in 2007.
Previous articleSpiralling stars spotted by Hubble provide window into early universe
Next articleU.K. energy bills to be capped at $2,900 annually per household