Reaching agreement in a polarized world 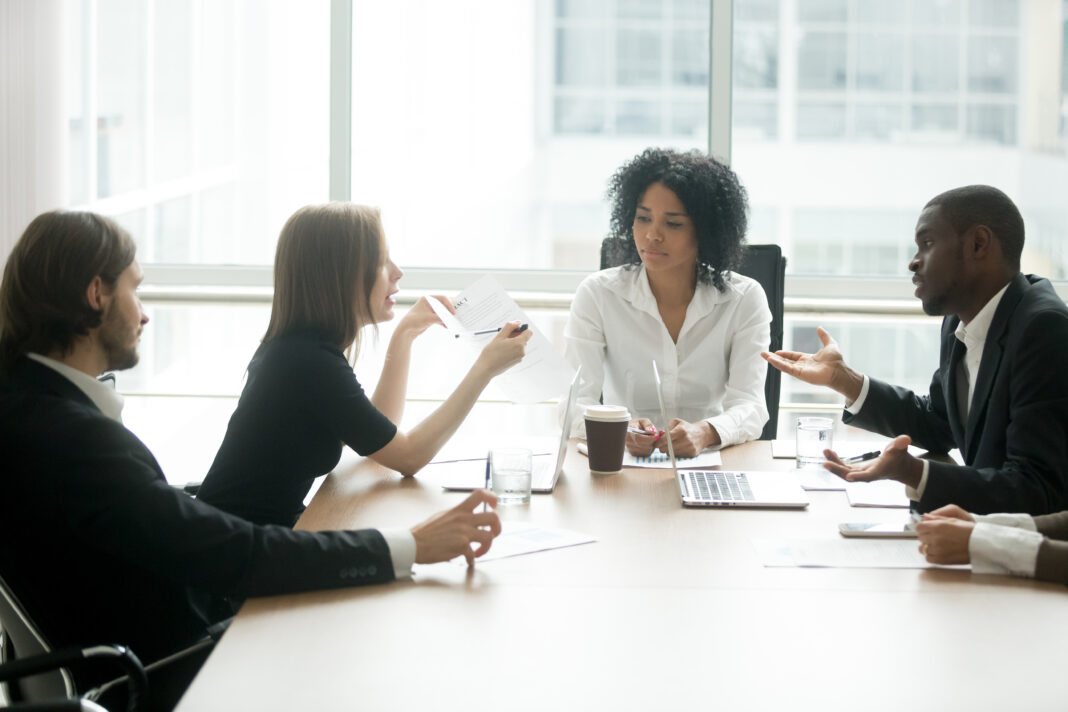 Back in April, BIG Media published an excellent three-part series by Laurie Weston on science – its methods, its ethics, and its manipulation on public platforms today. Science – there is method to the madness, Manipulating science – activism and advocacy, Science and morality – ethics and judgment.

Her articles reinforced for me that science is very dynamic – ever changing, ever being improved, and ever needful of critical review and discussion.

Many articles that Laurie, I, and others have written in BIG Media and on other platforms rely heavily on accurate understanding of current science, and on recognizing its limitations. While we all accept certain established scientific facts and principles, we know that present-day, cutting-edge science built on those facts and principles is constantly changing.

My favourite example of this is the theory of evolution – a collection of ideas explaining the development of life over time, first popularized in the 19th century by Charles Darwin. While the basic ideas remain foundational, there have been many changes in interpretations of details and mechanisms over time. When I was an undergraduate geology student, the idea of punctuated equilibrium was just hitting its stride. It proposed that successful evolutionary changes often occurred in small populations and were abruptly released into larger groups, causing rapid step changes and often sudden appearances of new species. This was pretty radical stuff, as previously it had been assumed that evolutionary changes were gradual and distributed throughout the entire population. However, it soon became a mainstream part of evolutionary theory.

Because science and many other areas of human thought are so dynamic, groups of people – experts and non-experts – have lively and sometimes heated discussions about new versus old interpretations. This is exactly as it must be – you can’t make an omelette without breaking some eggs – but just because something’s new (“disruptive” according to some) does not mean it is right.

These discussions, even when heated, used to take place under somewhat controlled conditions; in scientific journals or printed news media, where certain standards regarding knowledge and civility applied. Now, everyone can make their thoughts known on social media platforms, new media outlets, and news aggregators. Some of those thoughts are interesting and significant, but many are not particularly profound, some are poorly expressed, and some are antagonistic. Some people take polarized positions and do not communicate; they simply shout.

Can we improve our standards so that more useful information is communicated, not just more useless words?

Recently, I shared on LinkedIn an opinion article from the Globe & Mail addressing humanity’s transition to lower-emissions energy sources (a topic on which I comment frequently). I strongly disagreed with the opinion writer’s thesis – that governments need to spend lots more money on changing energy systems, right away. In the post, I commented:

Why do people assume that simply spending more money and “trying harder” will ensure our ability to reach emissions targets chosen to meet climate goals – when they haven’t even figured out if those goals can be reached (ever, if not by an arbitrary date like 2050).

Read the IEA reports, or any other reasoned analysis. We’re not going to reach “net zero” by 2050 by spending hard and wishing harder. Why? Many technologies don’t exist (e.g., storage). The supply chains are not in place. The sheer volume of new stuff to be built will take decades. Many people have other priorities, favouring energy security over emissions reduction.

Let’s approach this issue with clear heads, thoughtful cost/benefit analysis, and a recognition of humanity’s many global needs.

As expected, this was a well-viewed post with many opinions expressed. Many people agreed with me and added thoughts of their own to reinforce specific points. Many people disagreed – and a few of them took the time to tell me why in a reasonable fashion, in some cases backed by references. In all, quite constructive, and I’m sure many viewers, including me, learned a few things from the conversation.

But one guy (it’s not always a male, but it was this time) said nothing about the article or anybody’s opinions; instead, he called me a shill for the oil and gas industry, part of the big industry conspiracy to shut down renewables. I invited him to do some research and to follow the example of other people on the post who disagreed with me and did so with intelligent words backed by references. Well, that did not happen, and eventually I had to block him when he started swearing.

That was pretty extreme, but the accusation of “industry shill” is common. There are people that, upon seeing something they don’t agree with, go directly to the author’s profile to see what he/she does. If one, for example, has association with the oil and gas industry, the detractors immediately assume that person is corrupt and has been bought out by “Big Oil”, and can hold no valid opinions, regardless of one’s other qualifications. Additionally, the critic feels that once you have been pigeonholed, your inner thoughts are known and you can be accused of all the imaginary evils associated with those nasty oil folks. You are a climate denier, you hate the environment – and apparently any arguments you advance do not deserve to be answered because you are just such a bad human.

Of course, this attack strategy is not inflicted only on people having oil industry connections. Extremists from all sides in every debate – whether science-based or not – attempt to score points by name-calling instead of insightful arguments. I am not Justin Trudeau’s biggest fan, but I have yet to see a comment in which insulting him imparts any useful information or helps to influence my thinking.

Setting out rules for proper online conduct is not going to work. There are plenty out there, and the extreme types are not interested. But for those of us who really want to discuss, learn, and even change our opinions once in a while, think about these points:

Having a civilized conversation, whether in person or online, isn’t all that difficult. If you have something to say, you should be able to express yourself constructively. Being destructive accomplishes nothing, and usually makes you look desperate and untrustworthy except perhaps to a few in an echo chamber.

Effective communication is not just about being right, and certainly is not about scoring points. Whether you are writing an article, posting, or simply commenting – make your points in a positive, reasoned fashion. Engage positively with those who have something interesting to say. Even if you disagree with them, somebody might learn something. Don’t get into shouting matches – you never look good and you don’t attract intelligent correspondents. Finally, think hard about blocking someone from your feed – you might remove a source of irritation, but you risk making your own echo chamber a little smaller.

Brad Hayes
Brad Hayes has a PhD in geology from the University of Alberta and is president of Petrel Robertson Consulting Ltd., a geoscience consulting firm addressing technical and strategic issues around oil and gas development, water resource management, helium exploration, geothermal energy, and carbon sequestration. He is an adjunct professor in the University of Alberta Department of Earth and Atmospheric Sciences.
Previous articleDelta does not cause more severe childhood COVID, says study
Next articleCommunication more siloed among those working from home, says study